So you’ve tips to Make Moving in Manhattan a Breeze, and now you’re setting up the house. You’ve probably carried quite a few items from your past life, some of which might be on this list. But if you’re starting from scratch or want to be certain you have all the necessities for your big city adventure, here’s a guide to get you started.

New York apartments tend to be on the warm side, which is awesome during a polar vortex, but not so awesome in August. A ceiling fan in the bedroom makes a huge difference when it comes to circulating air and preventing hot flashes, which you shouldn’t be having if you’re only 30.

When shopping for an apartment, if the bedroom doesn’t have one, ask the landlord if he’d be willing to add it. If you’re buying, as long as there’s a ceiling fixture, you should be able to install a fan yourself.

This is a no-brainer, and every home should have one, but particularly if you’re renting a New York City apartment, a fire extinguisher is essential.

Blackouts can happen, especially during summer months when circuits overload due to extreme heat. Always keep a flashlight with batteries handy.

Many prewar apartments won’t come with ceiling fixtures, and ceilings can’t be cut because they’re most likely concrete. So if you want to see what you’re doing, you’ll need table lamps in every room. (Luckily, most NYC apartments average only 2-3 rooms.)

Your bathroom and probably your entrance should have overhead or wall-mounted lights, so head to the hardware store and purchase dimmers so you can control the brightness and set the mood in your new digs.

Since most NYC apartments don’t come equipped with a washer/dryer, you’ll be heading to the basement or out to the Laundromat to do laundry. A collapsible basket will take up little space and get the job done when transporting, even if you drop your dirty clothes off at the dry cleaners for wash-and-fold.

I own two doormats –– one outside in my hallway and one inside my apartment. Having two gives dirt less of a chance of making its way into my apartment, which saves on cleaning and wood floor maintenance.

If you designate a place for keys, you’ll be less likely to misplace them. You’ll also avoid clutter, which is likely to creep up on you in a compact space. A table or shelf with a box or hanging hooks near your apartment’s entrance will do the trick.

Along with #1 on this list, you’ll want to have a few basics like bandages, antiseptic, and first aid cream. You never know when you might cut yourself; get a nasty burn or even a hangnail in between manicures.

Known to be social, New Yorkers like to unwind with a cocktail and invite friends over to share a bottle. Even if you don’t have space for a cabinet, create an area where you can install a shelf or place a table to display your drink of choice and perhaps some pretty glassware. You might also consider getting creative and creating a little bar in a nook or closet if you have space. 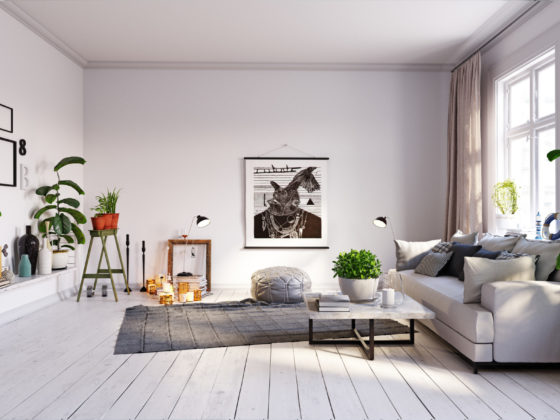 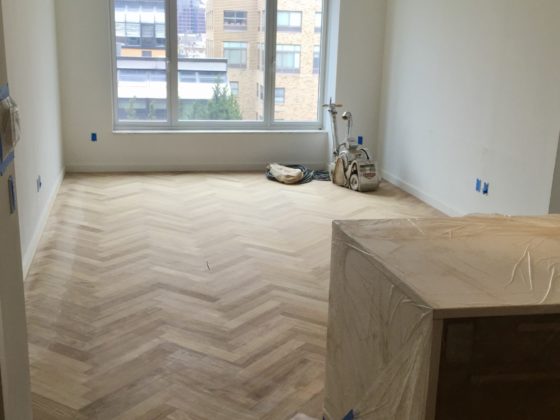 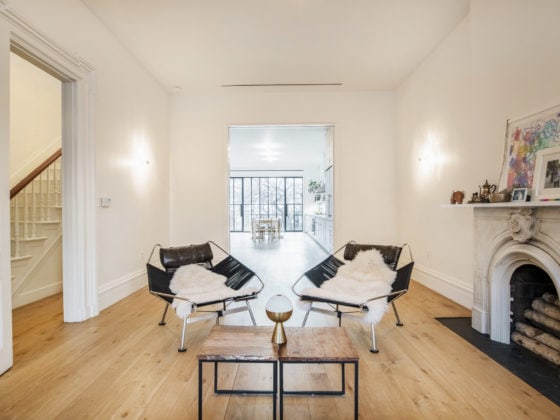 The Top Home Design Trends IN and OUT for 2020