The 17 lofts, four townhomes and four penthouses at 215 Sullivan were designed for residents who value their privacy, love everything The Village has to offer and enjoy getting to spend time outside.

Several years ago, The Children’s Aid Society sold several of its Greenwich Village buildings to Broad Street Development. BSD bought the buildings with the intentions of turning them into condos. And within just a little over two years, they did exactly that. Then when the 25 residences hit the market in March of 2014, it took less than three months for the majority of the units to be sold.

Although he was gone long before these residences were even an idea, Calvert Vaux was the original architect of 215 Sullivan. What makes Vaux such an influential figure in the history of architecture is before utilizing his signature high Victorian Gothic style at 215 Sullivan, Vaux was responsible for masterminding the design of Central Park in 1857.

When BSD decided to take on this project several years ago, they turned to Ed Rawlings to breathe new life into the building while also honoring its history. Adding to the vision for the new 215 Sullivan was Edmund Hollander, who led the project’s landscape architecture, and Eric Cohler, who was responsible for the interior design of the building. 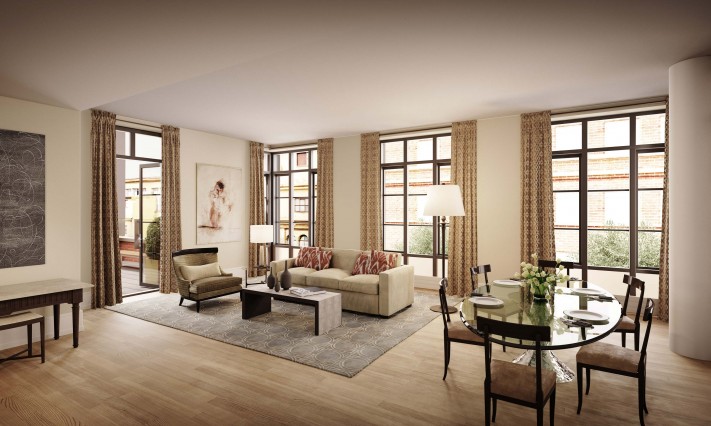 When you approach 215 Sullivan, you’re greeted by a beautifully landscaped entry garden that complements the lobby. Inside the building, each of the 17 lofts features an open layout, along with windows that span all the way from the floor to ceiling. The townhomes of 215 Sullivan all have private underground garages, while each penthouse is accented by a setback terrace or rooftop garden. 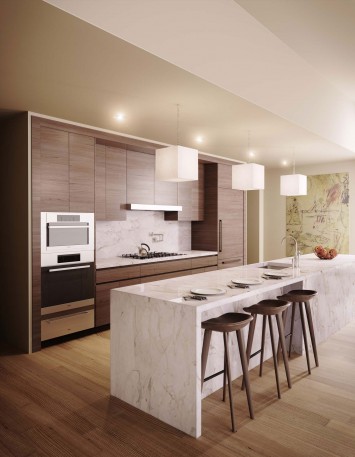 In the kitchen, cutting-edge Miele appliances are complemented by Dada Light Elm Cabinetry and Calacatta gold marble. Master bathrooms have Carrara marble floors that are heated, while secondary bathrooms include custom vanities. 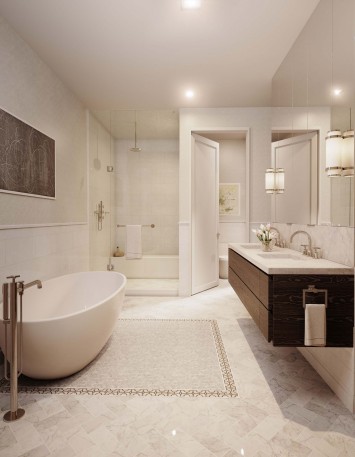 Residents of 215 Sullivan can enjoy around the clock concierge service. The building features an excellent fitness center, along with multiple types of storage. The storage options available to residents include general private storage, bicycle storage, and refrigerated lobby storage.

As previously mentioned, most of the residences at 215 Sullivan were sold within three months of hitting the market. Currently, there are only three units left in this building. The first is a three bedroom with 3.5 bathrooms. It has 2,362 square feet of space and is listed for $5.75M.

Located in Greenwich Village, 215 Sullivan is just moments away from Washington Square Park. A typical weekend day for residents could start at Third Rail Coffee, lunch at Perla, dinner at Carbone, and then a few drinks at Minetta Tavern.

Choosing Between Condo vs Townhouse