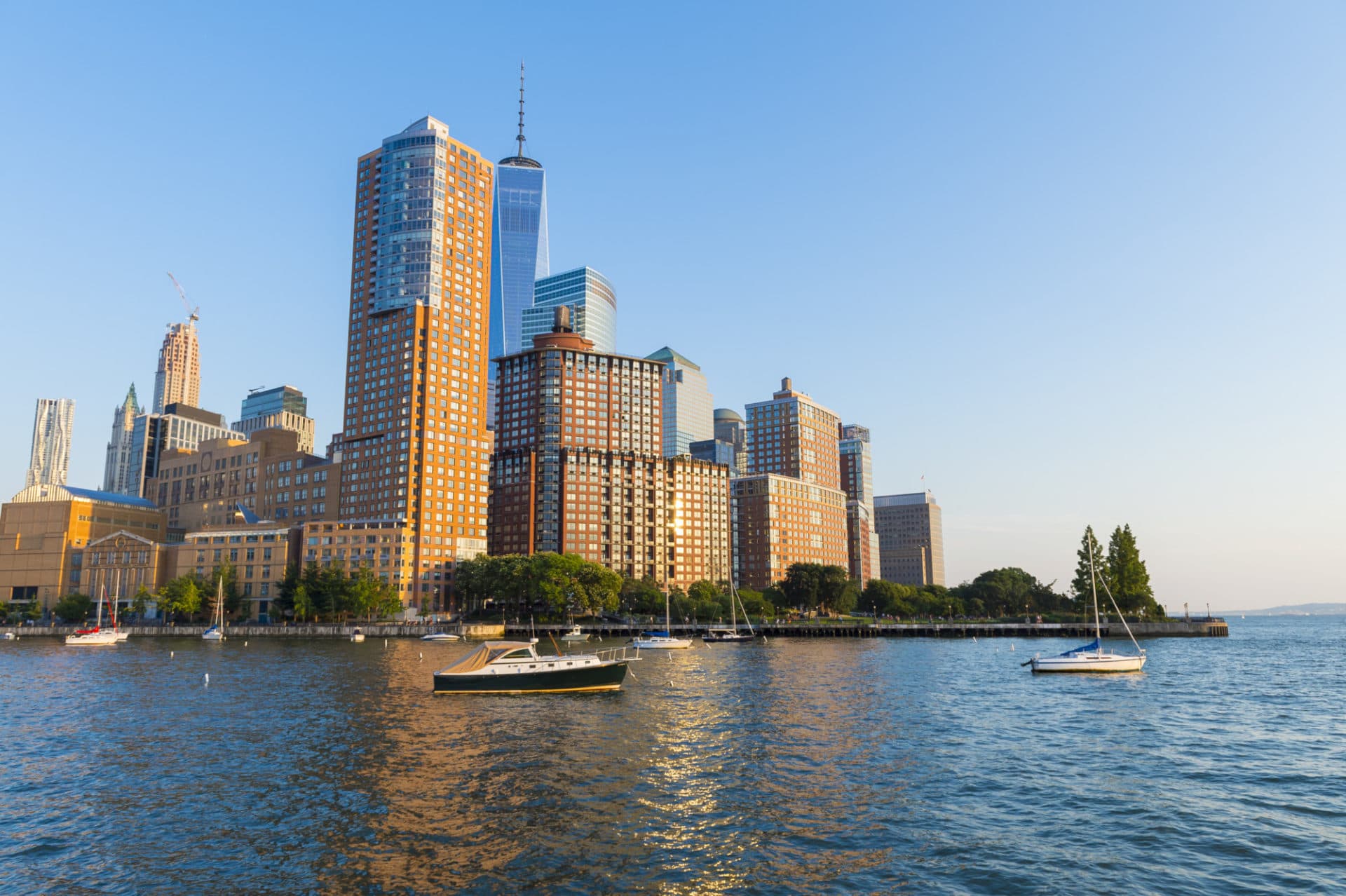 You may not realize it, but Battery Park City is a 92-acre planned community. The neighborhood was created from three million cubic yards of excavated soil and rock from the World Trade Center’s construction, as well as sand dug up from the New York Harbor. BPC is located at the tip of Lower Manhattan and adjacent to Battery Park. The area extends from West Street on the east, and the Hudson River surrounds the enclave on the north, south, and west. Tribeca and the Financial District are next-door neighbors to BPC.

You’ll find mostly high-rise condominiums throughout BPC. Millennium Point, which boasts 38 stories, the Ritz Carlton Hotel on lower floors, and the Skyscraper Museum on the ground floor, and The Solaire, the country’s first green building, are two of the most popular condo developments in the neighborhood.

More than 13,000 New Yorkers take up residence in Battery Park City, many of which are families due to its 30-plus acres of open space. It’s been called the “burbs” of Lower Manhattan. Famous residents have included Leonardo DiCaprio, Isla Fisher, and Tyra Banks.

Covered in glass, Goldman Alley stretches from 200 West Street to the Conrad Hotel. The alley is lined with shops and eateries, including Danny Meyer’s Blue Smoke, Shake Shack, and North End Grill. The recent development of Brookfield Place will not only attract locals but will draw people from all over the city, as well as tourists. Luxury shops such as Diane von Furstenberg, Burberry, and Michael Kors set the tone for fashionistas. Meanwhile, foodies can indulge in gourmet eats at Blue Ribbon Sushi, Parm, or Financier if they’re craving sweets. Brookfield Place promises a host of events such as rooftop films this summer.

Battery Park is a 25-acre public park located at the tip of Manhattan and just southwest of the neighborhood. One of Battery Park’s most brilliant attractions is its promenade, which offers stunning views of the New York Harbor, the Statue of Liberty, and Ellis Island. Go for a stroll, have a picnic lunch; or simply take in the fantastic views from this corner of New York City.

Grab the one train at South Ferry, Rector Street, and Chambers, or the 2/3 line at Wall, Fulton, Park Place, or Chambers. The R stops at Rector and Cortland, and the four train runs through the Fulton and Brooklyn Bridge-City Hall stations, as do the six trains.

The Downtown Alliance operates free shuttle service with 37 stops around the perimeter of Lower Manhattan, from 10 a.m. until 7:30 p.m.

You’ll find higher prices in the north end, mostly because it’s newer than the south end and closer to conveniences such as Whole Foods. According to Streeteasy.com, a two-bedroom condo will cost in the range of about $1.5 million up past $3 million. A small one-bedroom rental will run in the $4,000 range in the north end, probably $300-$500 less in the south end.

If you notice higher common charges than the norm, maintenance fees tend to be costlier in most buildings since the land is leased for much of Battery Park City. Monthly payments include “ground rent,” but many residents love living in BPC and accept those higher charges because of the quality of life they get in return.