Recognized for its posh apartment buildings and magnificent mansions, the Upper East Side is home to several streets brimming with history and wealth. Two of the most significant stretches of housing in Manhattan lies on Fifth Avenue and Park Avenue in the Upper East Side.

Both streets boast proximity to Central Park, as well as luxury addresses for a plethora of public figures and celebrities. But, if you’re not familiar with the NYC real estate market, you might ask, what distinguishes one street from the other?

Luxury apartments line both Park Avenue and Fifth Avenue. The majority of the buildings are prewar cooperatives with prices lingering in the millions. Many remain some of the most exclusive residences in the city, if not the world. Prices are relatively comparable on these streets, depending on apartment size, specific address, and, of course, view. 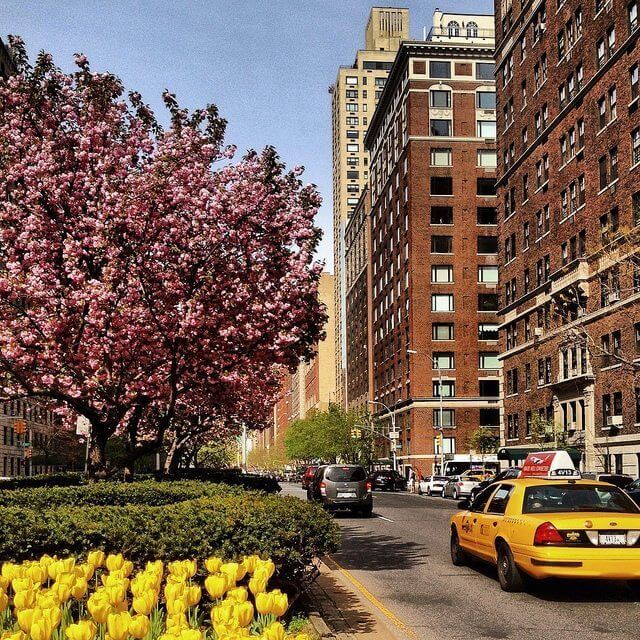 Although Fifth Avenue spans from 143rd in Harlem to Washington Square North in Greenwich Village, the most talked-about section of this famed streets lies on the Upper East Side. World-renowned museums span from East 82nd to 105th Street on what’s known as Museum Mile. You’ll find the Metropolitan Museum of Art, the Guggenheim, and El Museo del Barrio, to name a few. Because of these cultural institutions, you’ll find more foot traffic on Fifth Avenue than you will on Park Avenue. 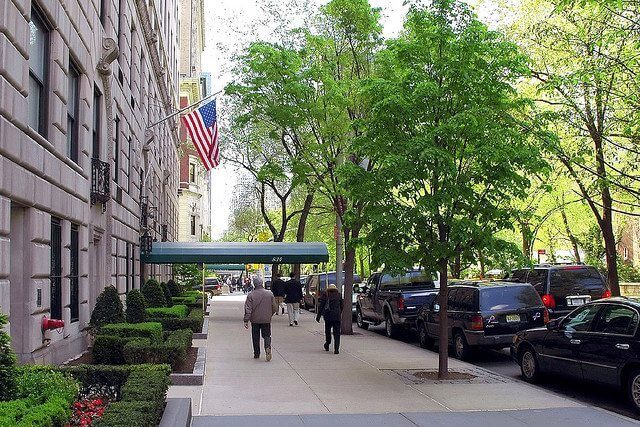 You’ll also notice more vehicle traffic on Fifth Avenue. Known for its traffic jams, the street has routes for the M1, M2, M3, and M4 buses. The closest subway is at Lexington, which is a bit of a hike at three avenues away.

Landmarks such as the Pratt Mansions still stand on Fifth Avenue. Across the street from the Met, the grand spaces are available as rentals for events such as weddings and private dinners.

Besides the luxurious buildings and spacious apartments, one of the greatest advantages to living on this street is the view into Central Park. The park’s eastern edge is at Fifth Avenue, so residents can cross the street and escape into New York’s most famous green space. Many of the street’s priciest apartments offer stunning treetop views, which is part of the attraction to calling Fifth Avenue home. 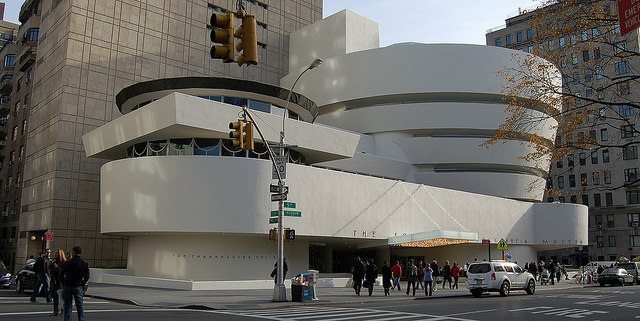 Most of Park Avenue travels through the Upper East Side neighborhood of Manhattan. The street runs between Madison and Lexington, on which the 4/5/6 subway line runs, making the street convenient to public transportation.
Whereas Fifth Avenue is a one-way street running south, Park runs in both directions. It’s a wide, stately boulevard with a beautifully landscaped island designed in its center, which separates northbound and southbound traffic lanes. The Fund for Park Avenue maintains the plantings on the median, which is one of the Upper East Side’s most attractive features.

Home to 740 Park –– known as the most powerful address in the world –– Park Avenue has been home to an array of affluent New Yorkers including Vera Wang, Leonard Bernstein, and John D. Rockefeller. 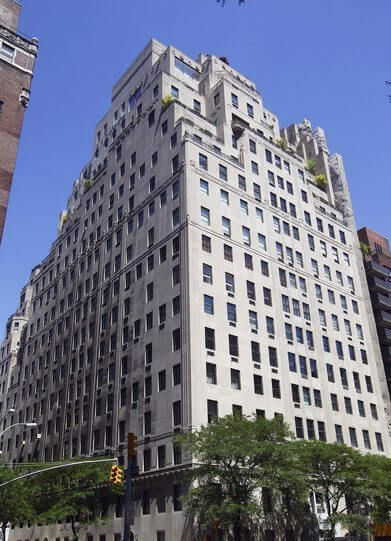 The Park Avenue Armory –– a nonprofit arts space –– is located between 66th and 67th Streets. The Asia Society, which hosts traditional and contemporary exhibits, stands at 70th Street. Just south of the neighborhood, you’ll found the iconic Waldorf Astoria, as well as Grand Central Station.

From 32nd to 17th Streets, the avenue turns into Park Avenue South, and from 14th to 17th, it’s Union Square East. From 8th to 14th, the street is known as Fourth Avenue. When you hear a reference to Park Avenue, however, that usually designates the exclusivity of this section on the Upper East that falls between 59th and 96th Streets. Some of its buildings require all cash payments to purchase multi-million-dollar apartments.

One exception is the new Rafael Vinoly building at 432 Park (between 56th and 57th Streets, so it’s south of the Upper East neighborhood), which listed an apartment at 95 million in 2014. That apartment has since sold.