Don’t rave about Central Park to Brooklynites. Chances are they’ll argue how Prospect Park is superior, and that Frederick Law Olmsted and Calvert Vaux got it right the second time around. The dynamic duo designed the 585-acre Brooklyn park after completing Manhattan’s Central Park.  Although Olmsted receives much of the credit, Vaux is responsible for most of the design elements.

Prospect Park is a little piece of heaven in the middle of Brooklyn that’s become a destination for both nature-seeking locals and Brooklyn-bound tourists. Park Slope, Prospect Lefferts Gardens, Ditmas Park, and Windsor Terrace lie adjacent to Prospect Park, making the green space an idealistic escape for Brooklyn residents in these neighborhoods. Attracting more than eight million visitors annually, the park offers a multitude of activities for the outdoorsman as well as the urban city dweller. Is there ever an ugly day in Prospect Park? Park-goers would say not. 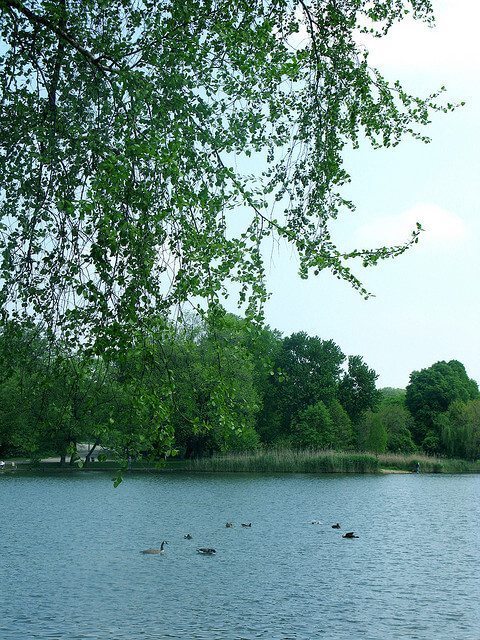 One of its most iconic features is the watercourse, which contains a collection of man-made water features and lakes.

In addition to the restoration in 1994, the Boathouse was added in 2007. Most recently, the Le Frak Center at Lakeside, the park’s largest water play area, opened.

Enter the park at 15th Street and Prospect Park West, and you’ll discover the “Ravine,” the borough’s only forest. The  Brooklyn Botanic Garden is a popular attraction, and the Long Meadow is a 90-acre section of lush grass –– larger than Central Park’s Great Lawn. Access the meadow south of the main entrance at Grand Army Plaza. Take an afternoon to lounge and take in the peace. You might see a few kites flying on a clear day. You’ll find Picnic House, a shady grove with picnic tables and public restrooms on the south end.

Sports aficionados can play tennis, run, hike, ice skate, and horseback ride. The park is home to an array of sports teams such as The Prospect Park Track Club, The Prospect Park Women’s Softball League, and several baseball leagues. Bear in mind; no sports are allowed on the lawns from December 1 through March 31 to allow time for the grass to recover for warmer weather. You can reserve a synthetic field on the Parade Ground during these months, however.

Prospect Park boasts activities for the entire family. Children will adore the many playgrounds, and adults can relax for a day of fishing or even barbecue in one of the allowed areas. Treat the kids to the Prospect Park Zoo, which is nothing short of spectacular and a real treat for any age. Housing more than 600 animals from over 140 species, several hundred thousand people visit each year. 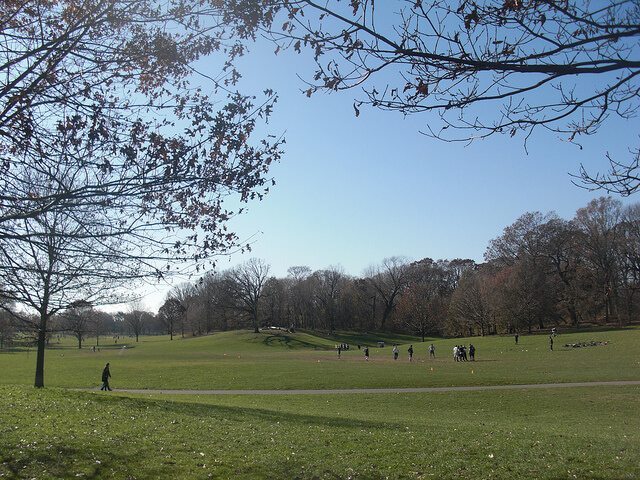 Speaking of animals, dogs have a blast in Prospect Park and can romp off-leash before 9 am and after 9 pm in the Middle & Upper Long Meadow (excludes the ballfield area in the Lower Long Meadow), Nethermead, and the Peninsula. The dog beach is a big hit with swimming canines; locals agree that there’s no other spot quite like the dog beach anywhere else in the city. Keep in mind –– dogs must be leashed if it’s not off-leash hours.

And for art enthusiasts, “Celebrate Brooklyn” has been a mainstay every summer since 1979, bringing myriad performance troupes from around the world to entertain at Prospect Park’s bandshell. This year will kick off with the “Queen of Funk” Chaka Khan.