New York City’s Financial District –– also called “FiDi” –– is much more than just a hub for finance and business. Although Wall Street, the New York Stock Exchange, the Federal Reserve Bank, and the World Trade Center are located here, the neighborhood is one of the oldest parts of NYC, and no one can ignore its cobblestone streets, historic buildings, and old-town feel.

Beyond its rich history, this downtown Manhattan neighborhood has undergone a rebirth of sorts, particularly since that tragic day on September 11, 2001. With myriad new businesses, shops and eateries, more New Yorkers, including families, are relocating to this corner of the island.

The number of residents has nearly doubled since 2000, with approximately 43,000 people now living in the neighborhood. More than likely, FiDi will continue to expand and become a place with more than architecturally significant buildings such as One World Trade, but rather, a home for many.

The area borders the parcel just south of City Hall Park as well as family-friendly Battery Park City and its promenade. TriBeCa is just north of the Financial District, so residents often take advantage of the proximity of this hip and glamorous section of downtown. 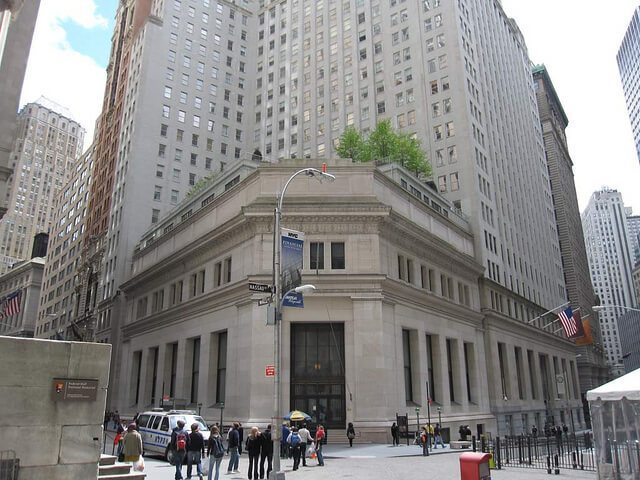 Construction runs rampant in the area. You’ll find a good number of new luxury high-rises and lofts in FiDi. Even studios tend to offer more space than say, studios in areas such as the East Village or NoLIta. Future residents often come in search of larger apartments with more amenities, both of which can readily be found.

A stroll along the promenade in nearby Battery Park City boasts panoramic views of the New York Harbor and the Statue of Liberty. City Hall Park and Bowling Green provide boutique-like yet charming green spaces for the area’s denizens. 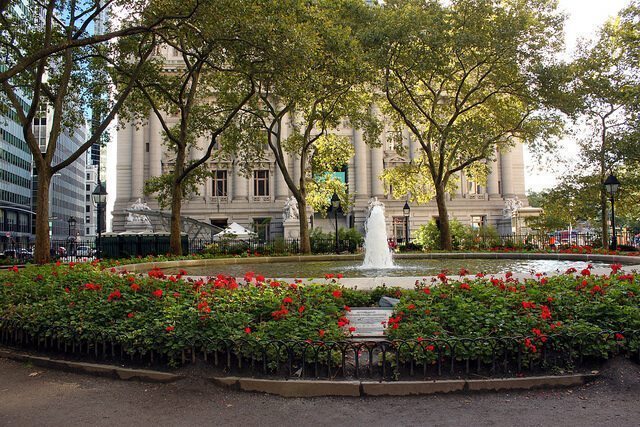 The South Street Seaport is a short walk and home to a plethora of shops, restaurants, and bars. As more people move to the area, the food scene continues to grow in the Financial District. 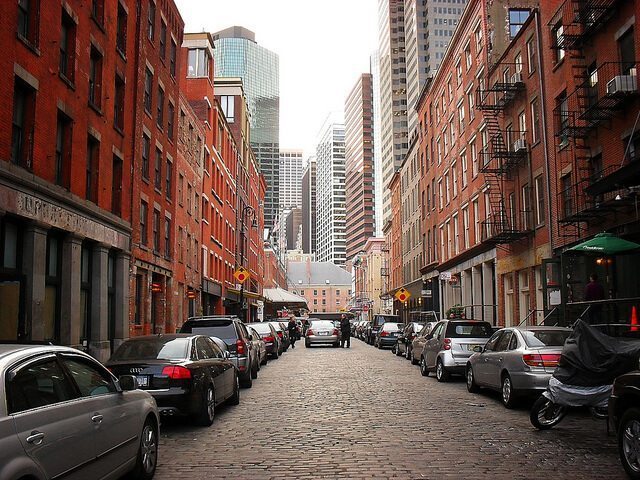 Culturally, FiDi offers museums like the Museum of American Finance and the NYC Police Museum. In nearby Battery Park City, you’ll find The Museum of Jewish Heritage and the Skyscraper Museum.

Surprisingly, the neighborhood contains more public art projects than any other section in the city. And for those who have the luxury of telecommuting, FiDi boasts more Wi-Fi spots than anywhere else in town. 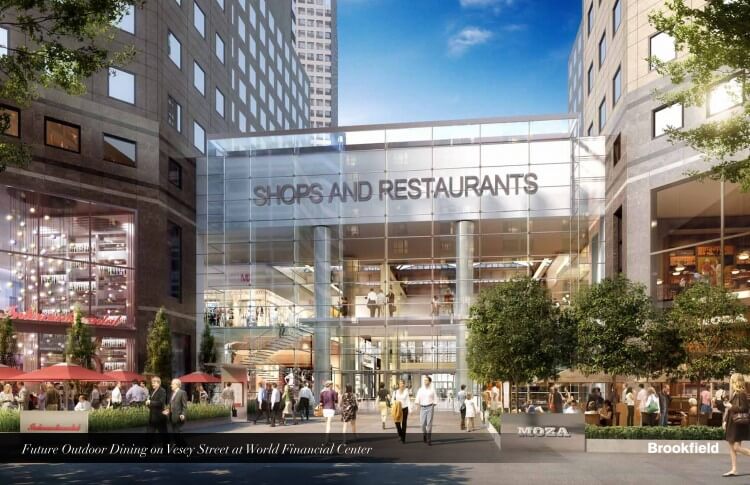 Brookfield Place at 200 Vesey St. is a new complex filled with shops, restaurants, visual art, musical performances and more. The $250 million renovations are scheduled to be completed in spring 2015. The Westfield World Trade Center –– the underground mall at the WTC with 350,000 square feet of retail space –– is currently in the works and expected to be open for business in the coming months. The newly built Fulton Center –– a sprawling transit hub for Lower Manhattan –– provides more shopping and dining options for the neighborhood. All of these additions only increase property values and give apartment seekers more reasons to consider living in the Financial District.

Once a more affordable neighborhood by Manhattan standards, prices continue to climb. The average price to rent a one-bedroom apartment in FiDi is about $3,600 per month, depending on amenities and location, but can go well over $5,000 if the building has more bells and whistles.

For purchase, one-bedrooms start around $900K and go well over $1.5 million. You might find a few smaller more modestly priced units in the range of $700K to $800K. Most are condos, however, so you’ll see only a handful of co-ops in FiDi.

Transit options are plentiful. The N-R subway stops at City Hall, the E and PATH at World Trade Center and the A, C, J/M/Z, 2/3, and 4/5 run through the neighborhood as well. You can get almost anywhere in the city from this part of town, which makes it all the more desirable. The new Fulton Center connects all of these train lines via an underground passageway.