There has not been a whole lot of good news for the economy these days. The same can be said about the New York City real estate market: Prices are falling in the vast majority of sub-markets, and it looks like it’s going to be that way for at least the next two quarters.

Thankfully, the stimulus package passed by Congress is beginning to take effect. It is doubtful the bill is broad enough by itself to the right the failing ship of the national economy, but it is a strong start.

For the most part, the effects of the stimulus package that are being felt currently come in the form of reduced layoffs from state governments. Today, the president spoke in Columbus, Ohio to a group of police cadets who were going to be laid off until the stimulus bill provided the city with enough money to keep the new police officers on board.

One of the most immediate effects of the stimulus bill, however, is the change in the tax credit for first time home buyers. The old tax code offered a $7,500 tax rebate for those that purchased a home for the first time. That money, however, would eventually have to be paid back to the government in the following years.

The stimulus bill changed the law to allow for an $8,000 tax refund that will not have to be repaid, so long as the buyer holds the property for at least three years.

There is an income restriction on the tax credit, however, with the full credit being available only to couples earning up to $150,000, or individuals earning up to $75,000.

It’s not much regarding the overall cost of buying a home. It won’t encourage many people to buy a house which otherwise would not. It does, however, make it a little bit easier for those sitting on the fence to jump into the market and start looking for their first home: The tax credit alone may be more than you’ll pay in rent for the next six months.

What the credit also does in a big way is re-affirm the nature of the U.S. Tax code as one that very strongly favors home buyers.

One of the new law’s most important features for potential buyers in New York City:  The price limit on government-subsidized loans has been raised from roughly $400,000 to $729,000, putting thousands of NYC apartments in the range of low interest, Fannie Mae-backed mortgages.

Buying and Selling Your Apartment at the Same Time 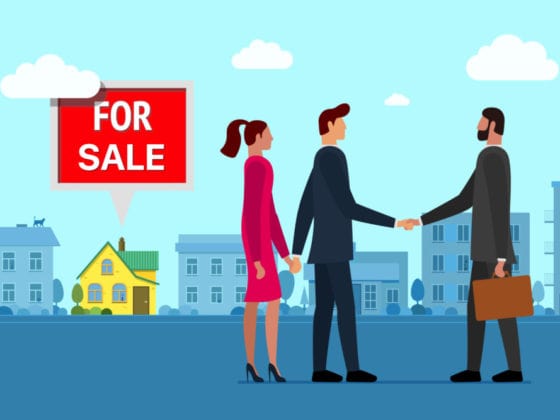