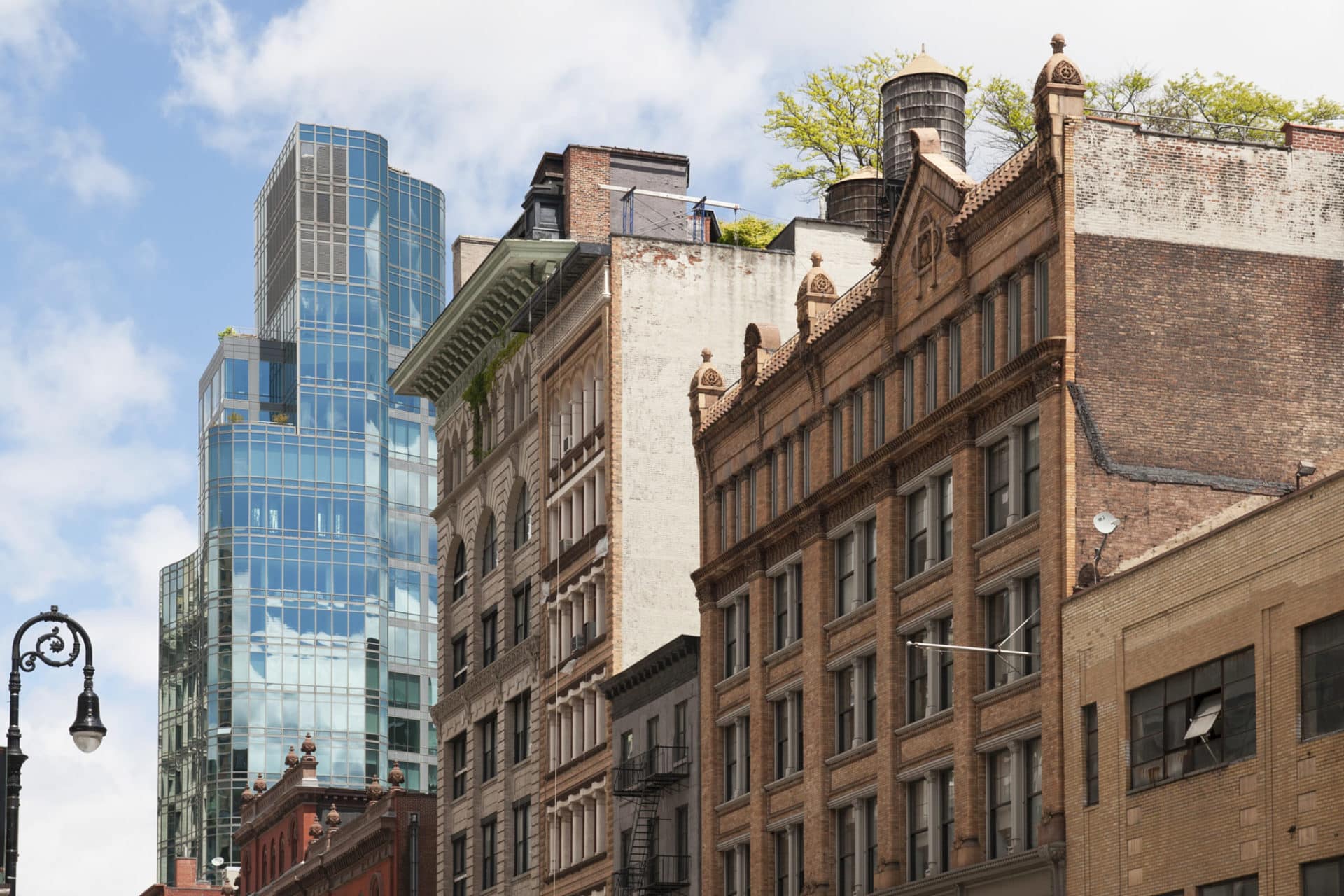 Deciding on New Construction vs. Resale in NYC

Deciding to buy a condo in New York is probably the most significant decision you’ll make all year and possibly for years to come. Coming in a close second is whether to purchase a newly constructed home or an older one. It’s no secret that New York has seen a new construction boom in recent years. New condos are going up all over the city, but older homes are also plentiful. So, when deciding what to buy, should you purchase new or old? The short answer is it’s up to you.

Let’s take a look at what makes new or old construction the choice for you.

Construction standards, materials, and building codes in New York have all changed over the years. Older buildings in New York are made of brick, stone, steel, and plaster. Newly constructed homes, on the other hand, are mainly made of concrete, sheetrock, and insulation.

Because materials used in older construction tend to be heavier, denser, and thicker, soundproofing in older homes is usually better. If solitude is what you seek, you may want to consider an older condo. You’re much less likely to hear your neighbors or be heard by them, in a more former building. Newer construction walls tend to be thinner, so you’re more likely to notice when your neighbors crank the stereo or host their monthly dinner party.

On the other hand, new construction tends to have better insulation. Heating and cooling bills tend to be lower, and drafts are less of an issue. Because windows in buildings are thicker and better insulated, you’re also less likely to hear noise coming from outside of your structure.

The question of which has the best amenities when considering whether to buy new or old construction in New York is mostly up to taste. Newly constructed condos usually have a more open floor plan, more abundant closets, and more bathrooms. If a little breathing room is what you seek, then a newly built home in New York is probably the right choice for you. You aren’t likely to find a master bath or walk-in closets in older construction, and your space can sometimes feel more closed off.

Amenities in an older home, though, include the unique details you don’t find in newer construction. Custom trim, crown molding, detailed flooring, and other distinct features can make an older home feel like it’s genuinely one of a kind. It’s also likely that the ceilings are a bit higher with older construction. Older homes tend to have 9-foot ceilings, while newer construction usually tops off at 8 feet.

Unless an older building has been updated, new construction will be the winner here. Central air conditioning is pre-planned in new condo development, while older homes typically rely on window units unless they’ve been retrofitted.

The same goes for electrical and plumbing. A new condo in New York almost always has more wall outlets and multiple cable and ethernet outlets. These may have been added to an older home, but you’ll almost always have an easier time finding a plug for your laptop in a newly constructed home.

View Post
Choosing Between Condo vs Townhouse in NYC

Choosing Between Condo vs Townhouse in NYC