The grittier parts of Manhattan have been disappearing, one by one. Many previously undesirable neighborhoods received an overhaul, becoming chic, even hip and cool. However, this also means rental, and housing prices have jumped. This has extended to parts of Brooklyn and Queens. Those desiring to live in Manhattan looking for the next rebuilt neighborhood still have an opportunity, however.

The area known as Hell’s Kitchen is undergoing a transformation or at least part of it. The Hudson Yards project encompasses a large area, extending from West 28th Street to West 43rd and west of 7th Avenue.

Hudson Yards is an ambitious effort. It will include over 20 acres of open space, starting at West 42nd Street, crossing a pedestrian bridge that will expand into a park bordered by a tree-lined boulevard. The Jacob Javits Center will be extended, and include a hotel, ballroom, and more meeting rooms.

Subway service will be extended to the neighborhood. This is a crucial consideration. As those on the East Side can attest, having convenient access to transportation affects real estate values and rental rates. Serviced only by the Lexington line, bargains can be found the further east you live. The long-anticipated 2nd Avenue line should raise real estate prices along with rents.

The number 7 line will extend to 41st Street and 10th Avenue. Built without federal funds, it is expected to be completed relatively quickly since federal government rules will be eased.

It is not hard to see how the area will be transformed into a desirable area of highrise and midrise office and residential buildings.

The key is getting in early. Buying instead of renting makes the most sense. After all, rents will rise as demand to live in a hot place increases. Those waiting until the area is wholly built will have missed a significant portion of the gains. At that point, the press will be writing articles on the benefits of the neighborhood, and everyone will be clamoring to live in the area. Prices will shoot up.

The precedent for improved real estate values after significant resources are invested is clear. There are numerous examples. We will examine a few.

Bedford Stuyvesant was long considered an undesirable place to live. Many parts had high crime rates. In 2013, the Bedford Stuyvesant Restoration Corp. celebrated the completion of a $20 million revitalization project. It included the renovation and redesign of streetscape improvements, which helped spur an additional $100 million private sector investment in housing and commercial development. Since 2010, the median sales price has risen more than 25% to over $500,000, roughly equal to the appreciation of the entire borough of Brooklyn, according to Trulia.

Many parts of the borough have seen a renewal. Over the last three months, the 19% gain has outpaced the 4% for all of Brooklyn. It was listed as one of the most popular neighborhoods in the borough.

Another area that is in the midst of a transformation is the Lower East Side. In 2013, then-Mayor Bloomberg announced plans to develop a 1.65 million square foot development called Essex Crossing. It includes residential, commercial, and cultural space to be constructed over several years. Prices have been volatile, and it is difficult to judge since there aren’t that many sales to compare. Since 2010, the median price has more than doubled to about $1.4 million.

Lastly, Park Slope in Brooklyn offers a longer-term example. Long considered an up-and-coming neighborhood in the 1970s, it is now a very desirable, and expensive, place to live. Over the last five years, the median price has risen about 35% to $910,000, easily outpacing the entire borough’s 30% increase to $603,500.

The city, once crime-ridden and considered unmanageable, has become a safe, desirable, and fun place to reside. The increasing population has caused real estate prices to accelerate, even after the severe downturn that is becoming a distant memory. Hudson Yards, with its massive investment and access to transportation, is poised to become the next financial bonanza. 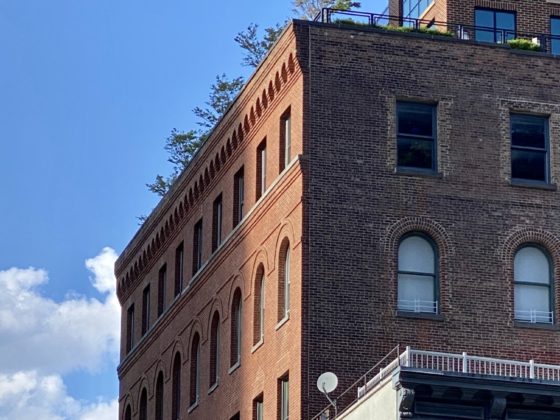