New Yorkers have come to see rent hikes as reliable as death and taxes, but with a glut of NYC apartments for rent and a market possibly near its peak, rent increases have slowed in recent months throughout the City. While there are exceptions in neighborhoods like Queens, which saw higher spikes, Manhattan and Brooklyn have seen negligible increases in median rent prices, which have made them nearly statistically flat.

While a spike in demand for Brooklyn and Manhattan apartments caused some increases this summer, rent hikes have all but ground to a halt. A more significant portion of those leases came with concessions like a free month’s rent, however, from landlords eager to fill vacancies. Vacancy rates throughout the city have reached 11%, causing some experts to predict further stagnation in major markets throughout the city. The New York Times dubbed 2017 the Year of the Renter, and the Wall Street Journal has predicted that vacancies will soar with the city. While the city’s population continues to increase, job growth has been slow, and it seems new construction is beginning to outpace demand as new units come online daily. It’s a simple matter of supply versus demand.

In Brooklyn, concessions from landlords led to an average of 1.4 months in free rent to new tenants. While some reports show a cooling of concession use by landlords, those who are eager to lease apartments are offering significant perks. Other incentives often range from gift cards to brand new appliances.

And it’s not just new leases. Resident pushback during lease resigning has caused landlords to offer concessions to keep current tenants. As of now, nearly a quarter of all apartments that are rented include some type of concession to entice potential renters. In September, 37% of new Manhattan leases included incentives.

Many real estate experts are beginning to believe that prices in New York neighborhoods have begun to peak. For many reasons, residents are pushing back on rent increases in their neighborhoods. Affordability seems to be the main reason with tenants either unable or unwilling to pay more for apartments. While concessions have been used as a band-aid to slow market stagnation, it seems apartment hunters are beginning to get the upper hand in negotiating lower prices. With growth is hitting new lows, landlords seem to have no choice but to be open to negotiation.

Conflicting reports have some real estate experts predicting the opposite effect. Despite current trends, some remain bullish for 2018, hoping for an increase in the future. While no one really knows what will happen next year, it seems like it’s going to be a rocky road for landlords and owners who want to maximize profits no matter what the market looks like. While significant decreases in rent throughout New York are highly unlikely, new and current residents can hope for some relief in neighborhoods where new construction has no visible end in sight.

View Post
Rental Lease Drama: How to Negotiate or Find a New Home

Rental Lease Drama: How to Negotiate or Find a New Home 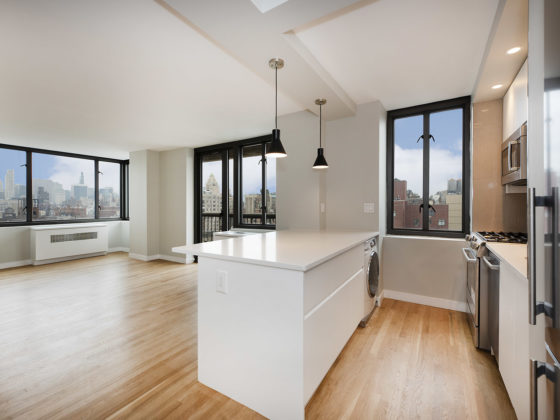 View Post
How to Rent Your Apartment in New York City

How to Rent Your Apartment in New York City