Being a good neighbor means contributing in a meaningful way, however small. There are many things you can do that don’t take a lot of time or money but still help in a big way.

There is nothing inherently wrong with shopping at Whole Foods, Starbucks, Walgreens, or Amazon.com. However, there is something very right about shopping at independent businesses in your neighborhood. National chains offer consistency in taste and experience, but New York offers a variety of local stores that are just as good—if not better—than the big box alternatives. One of the best ways to contribute to your neighborhood is to keep money local.

A dollar spent in Brooklyn is a dollar kept in Brooklyn. Instead of exporting your hard-earned cash by contributing with a company headquartered in some far off city, spend it with one owned and operated by someone who lives down the street.

Coffee shops are an easy example of this. Sure, that pumpkin spice latte is delicious, but great local coffee shops are on almost every block in New York. Pharmacies are also everywhere in the city. Independent and regional grocery stores, food trucks, and local restaurants that have been around for decades are all great ways to support local businesses when spending your money.

New York City parks are beautiful, but at the same time, they require a lot of upkeep. If you want to do some good in your neighborhood without having to dedicate a ton of money, volunteer to help keep your neighborhood park clean. Whether it’s raking leaves in the fall or painting park benches in the spring, spend an afternoon helping to make the area beautiful. Better yet, make a date of it and bring a friend. You both can enjoy a mimosa at your new favorite brunch spot afterward.

If an entire afternoon is too much of a commitment, try cleaning the sidewalk in front of your building. Picking up trash on your block can make your street look great, but it also keeps that trash from potentially polluting nearby streams and other waterways. 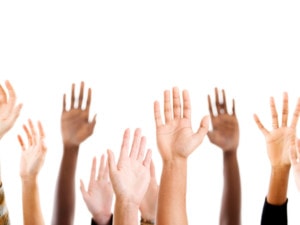 There are charities everywhere to which you can donate money. Consider keeping those donations in the city. Every year, New York Magazine lists its top picks for charities in the city. City Meals on Wheels delivers meals to thousands of seniors within the five boroughs. And for 25 years, Art Start has been conducting creativity workshops for at-risk kids throughout New York City. There are a lot of worthy causes out there. Find one that speaks to you.