In April of 2013, the name for Tribeca’s 71 Laight Street was officially announced as The Sterling Mason. This announcement was met with a lot of interest, as plans for this address had been public as far back as August of 2008.
When the project was initially announced in 2008, highlights of the details included it resembling the site’s neighboring warehouse from 1905. Additionally, the building’s proposal included finishing with panels made from marine-grade aluminum composite. The aluminum would then be textured and etched to give it the look of a red-brick warehouse.

This very ambitious concept was designed by Morris Adjmi. Other buildings on this firm’s resume include 408 Greenwich Street, Theory Building, Prudential Center, The Emory Condominium and High Line Building. Not surprisingly, one of the firm’s main focuses is to be site specific with their designs. They emphasize relating their designs to the context of a site, as well as the buildings that surround it.

Originally, Alvaro Arranz was the developer behind this project. But in December of 2010, Arranz began looking for someone else to buy the site. In January of 2012, Taconic Investment Partners did exactly that. They purchased the property for $65 million, and by the latter part of 2013, construction on the site was well underway.

Now that things are moving along with the project, there are a lot of details available. In terms of amenities, The Sterling Mason boasts bespoke service overseen by a resident manager. Porters, doorman, and concierge are all services available to the building’s residents. They will also get to enjoy a fitness center that includes a yoga studio, as well as a playroom for children. And one really nice amenity not normally found in Tribeca is underground parking. 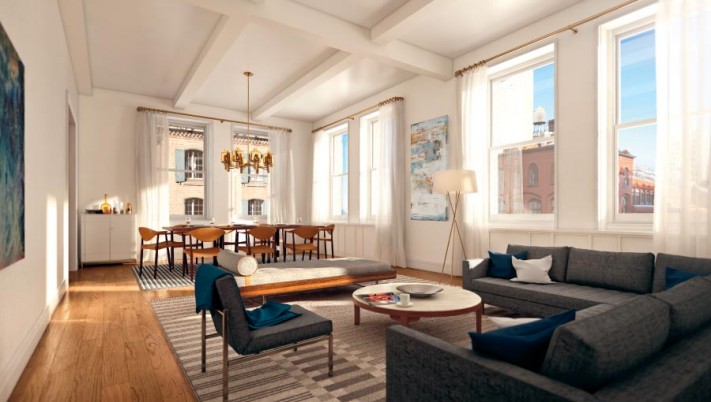 Inside The Sterling Mason, residents will be able to enjoy homes that have smartly designed spaces which combine the flexibility of open-plan loft living and the sophistication of classic prewar residences. The building’s gorgeous kitchens were designed by Christine and John Gachot, and the bathrooms feature luxurious touches like marble walls, special-edition Brooks soaking tubs and oversized double White Oak vanities. 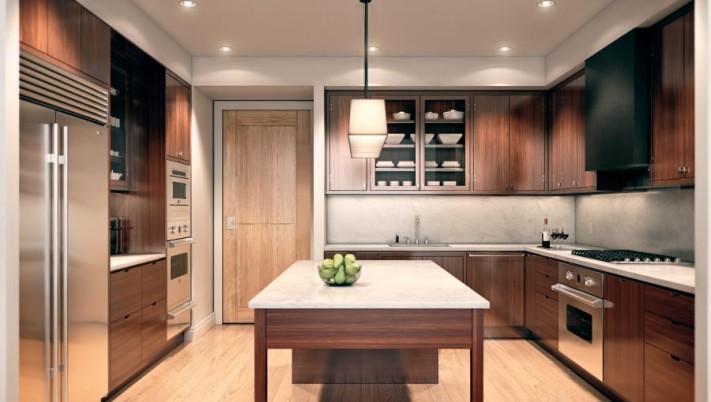 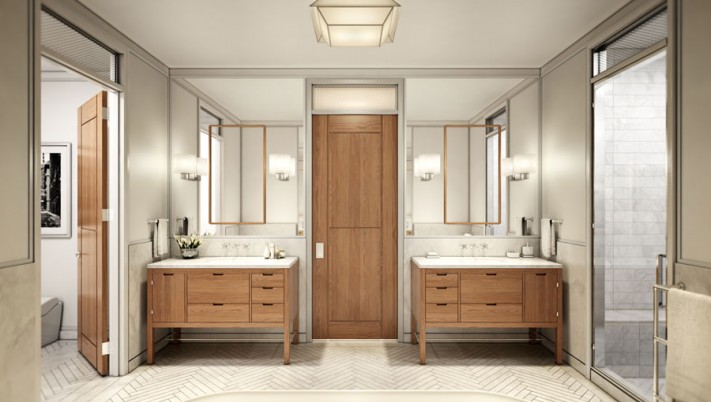 Currently, there are four available residences in The Sterling Mason:

Not only have CompStat and NYPD statistics ranked Tribeca as the safest neighborhood in all of New York City, but it has a lot to offer people who live here. Hudson River Park, the Tribeca Film Festival, St. John’s University, Thom Browne, Tribeca Wine Merchants, Greenwich Grill, Mr. Chow, Nobu, The Odeon and Zutto are just a few examples of the types of destinations that make this such a thriving and desirable neighborhood to call home.