New York has seen its fair share of building demolitions, renovations, and constructions. But, some of the most intriguing buildings are the ones that have been converted. While popular conversions usually evolve from office buildings and towers, developers are getting more creative. From power plants and parking garages to schools, cinemas, and churches, developers are utilizing what they can get their hands on.

With the influx in demand and limited supply, coupled with many untouchable historic districts, new construction is hard to come by. According to an article on the New York Times website, “Adaptive reuse can also be speedier,” which means that one can expect New York apartment buildings to continue popping up in the unlikeliest of places.

Across from One World Trade Center, this is probably the grandest of all the power and phone plants being converted. The 31-story building, designed by Art Deco architect Ralph Walker, includes intricate carvings of vines, flowers, and birds on the exterior. In the future, this landmark will house 161 condos ranging from 1-bedroom up to 5; however, floors 1 through 10 will remain in the hands of Verizon. 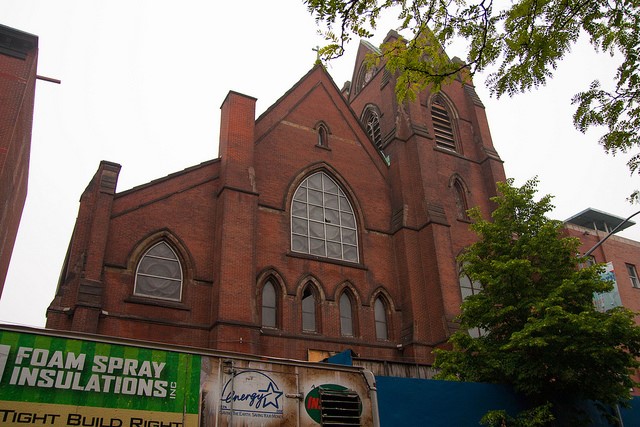 Once known as Williamsburg’s St. Vincent De Paul Church, this 145-year-old building retains its church charm. Providing services for the French-speaking population since it was founded in 1841, this Roman Catholic Church features ancient European architecture, arched windows, and stained glass. It will soon serve the New York population in another way by providing 104 units of rental space. 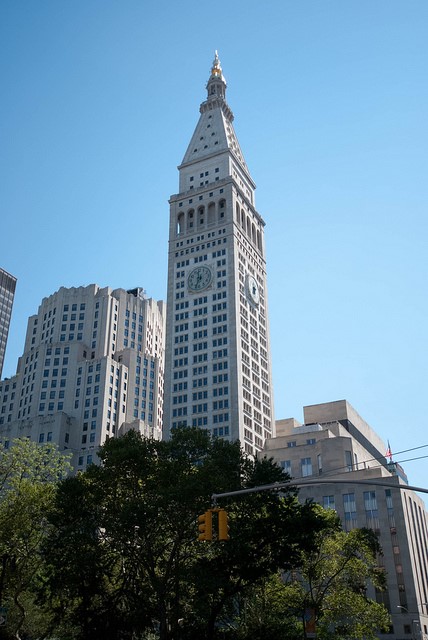 Located in Manhattan at 346 Broadway, this historical insurance building was built in 1868. The large clock on the side also earned the former New York Life Building the nickname of the “Clock Tower Building.” Encompassing Italian Renaissance Revival architecture, this landmark building once containing municipal offices will soon house several hundred condos, in addition to adding 15,000 square feet of community space. 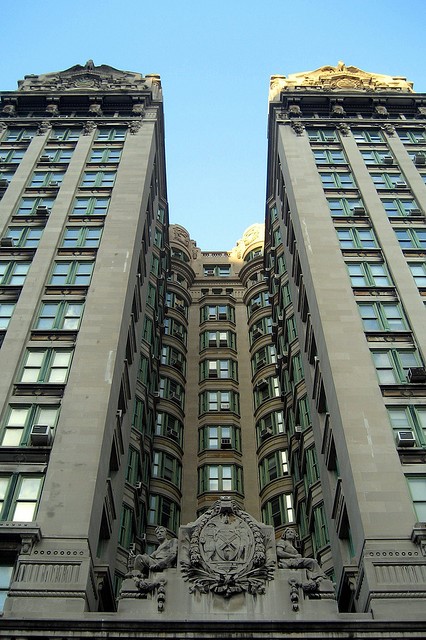 This 14-story Beaux-Arts landmark was designed by Raymond F. Almirall and sits on Chambers Street in the Civic Center neighborhood of Manhattan. At the time, this was the largest bank building in the United States and the first skyscraper to use the “H” layout. In 1982, this building was added to the National Register of Historic Places.

Recently, this building has been used to house offices for Manhattan Community Board 1 and the Department of Education. The Chetrit Group recently acquired the building in hopes of turning it into high-end residential units with retail space on the ground floor. 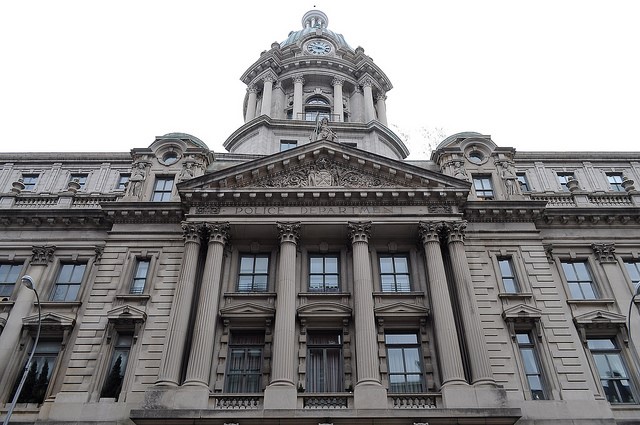 Designed by the architectural firm Hoppin and Koen, this Beaux-Arts building helped start the trend of transforming historic buildings into apartment complexes. Complete with a copper dome and massive stone lions to guard the entrance, this old police headquarters opened its doors in 1909 and remained a station until the Police Department moved out in the early 1970s. Now, this building is a 55-unit luxury apartment co-op.

This trend of converting unlikely buildings into apartment complexes can partially be attributed to the history held within the walls. It could also be due to the gorgeous architecture these historical buildings possess. According to Toby Moskovits, President of Heritage Equal Partners, “There’s a general movement now that goes beyond real estate, a reaction to the world that’s becoming increasingly electronic. People are more comfortable with something that feels authentic.” Whichever it may be, we know that developers, buyers, and renters alike are finding inspiration in these buildings, and who wouldn’t?