One of Manhattan’s most celebrated neighborhoods, the Upper East Side is brimming with quaint homes and tree-lined streets. The rich history and residential feel make it a desirable area for the city’s inhabitants, while the cultural attractions, a variety of restaurants and upscale shopping make it a popular destination for both locals and visitors alike.

This classic New York neighborhood is known for being home to the city’s elite. The coveted Central Park views along Fifth Avenue, and the grand mansions and townhouses/brownstones draw celebrities and actors who are often seen in the area, along with some of the city’s wealthiest residents.

Neighbored by East Harlem to the north and Midtown to the south, the Upper East Side spans the entire east side of Manhattan from the East River to Central Park from 60th to 96th Street.

The affluent neighborhood is mostly residential, featuring a mix of single-family brownstones, luxury condominiums, and pre-war walk-up buildings. It is home to more than 200,000 residents, making it one of the densest neighborhoods in the city.

Known for its lovely brownstones and carriage houses, the Upper East Side is made up of many smaller areas including Yorkville, Carnegie Hill, and Lenox Hill.

New York City’s affluent residents began flocking to this area after a railroad was established running up modern-day Park Avenue in the early 1900s. The wealthy residents developed land along the scenic Fifth Avenue, overlooking Central Park, and erected vast mansions. Some prominent residents included Andrew Carnegie, who was later joined by other leading American families including the Rockefellers, the Kennedys, and the Whitney’s all of whom established homes in the area.

In the modern day,  luxury hotels, elite shopping, and cultural attractions draw residents to this area while trendy restaurants and cocktail dens attract droves of New Yorkers and visitors alike, making the Upper East Side one of the city’s most popular neighborhoods.

One of the main attractions of the Upper East Side is it’s proximity to Central Park. Running paths like the Jackie Onassis Reservoir and the Park Drive loop draw active residents while the Boathouse, Sheep Meadow, and the Great Lawn are popular destinations for visitors and New Yorkers alike.

Situated along Central Park is Museum Mile, a world renown stretch of museums including The Metropolitan Museum of Art, the Guggenheim, the Cooper-Hewitt Design Museum and the Jewish Museum. This few block selection of Fifth Avenue is a top-rated cultural destination as well.

Also on the Upper East Side is the idyllic Carl Schurz Park, a park featuring generous green space and quiet paths that overlook the East River.  It is also home to Gracie Mansion, the official residence of the Mayor of New York.
The Upper East Side is also filled with five-star restaurants that are known around the globe, like Daniel Boulud’s Daniel and the iconic J.G. Melon. Among other famous hotspots on the Upper East Side are Loeb Boathouse in Central Park, 2nd Avenue Deli and Bemelmans Bar in the Carlyle Hotel.

The 456 is the only subway route that spans the entire length of the Upper East Side. With five local stops along Lexington Avenue throughout the neighborhood, this train is the main mode of public transportation for most residents.

The M15 bus runs south along Second Avenue and north up First Avenue, providing reliable service east of the subway. There are also crosstown buses at 66th, 72nd, 86th and 96th Street that provide transportation across the park to the west side of Manhattan.

In this affluent neighborhood, the closer to the Central Park, the higher the cost to purchase or to rent– the 10021 zip code, covering the entire width of 68th through 77th Street, is one of the country’s most expensive zip codes. The upper and lower fringes of the neighborhood run a lesser price, though the average price per square foot falls at $1,362

Though there are multi-million dollar homes available, there are also more affordable apartments, with 2-bedrooms available for around $3,000 on the neighborhood’s eastern and northern edges. 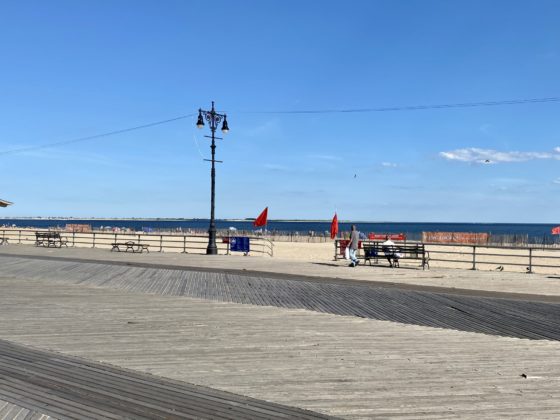