Bordered by Harlem and Inwood and situated between the Hudson and Harlem Rivers, Washington Heights or “The Heights” has kept a strong Dominican influence over the years despite its ongoing urban renewal. Home to more than 150,000 New Yorkers, the area sits 256 feet above sea level, making it the highest point on the island of Manhattan.

Washington Heights runs north of 155th Street to Inwood’s Dyckman Street. The area is characterized by steep hills and “ step streets,” which connect one street to another. The biggest set of stairs consists of 130 steps.

You’ll find a host of spacious pre-war apartment buildings –– many loaded with original details –– which attract a combination of students, aspiring artists, families, and single working professionals. The community feels fairly tight-knit in this Upper Manhattan enclave. Neighbors chat and socialize with one another, which is probably a lot less common in most other sections of Manhattan.

Hudson Heights is a residential neighborhood within Washington Heights and is recognized for its Art Deco and Tudor apartment buildings. Many of these structures are six-story pre-war co-ops whose facades are decorated with ornamental motifs such as medallions and garlands.

For many years, the neighborhood lacked essential amenities, but now you’ll find a yoga studio, grocery stores, and even a Starbucks.

Green space is plentiful in this neck of the woods. Fort Tryon Park consists of 66 acres, and locals enjoy activities such as tai chi and outdoor concerts. Heather Garden–– the largest public garden with unlimited access in NYC –– is a must-see. You can catch a glimpse of the magnificent New Jersey Palisades and the tranquil Hudson River from Linden Terrace. 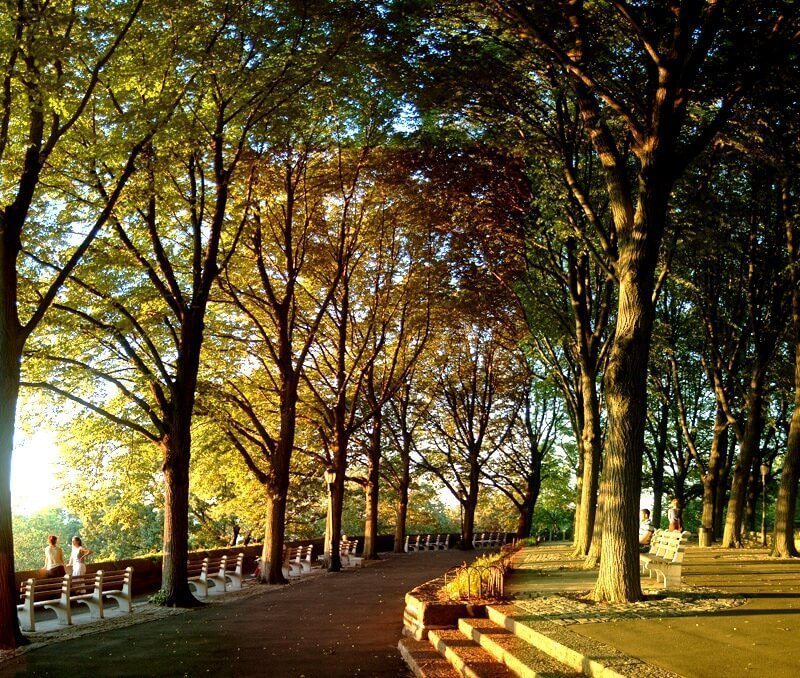 The Cloisters Museum houses the medieval European collection from the Metropolitan Museum of Art, and its picturesque grounds are one of the city’s most beautiful for photo sessions. Both Fort Tryon Park and The Cloisters have been listed on the National Register of Historic Places since 1978.

The dining scene is expanding in Washington Heights. Eateries like Rusty Mackeral and Saggio attract the foodie crowd. And, of course, you’ll come across a wide selection of Dominican and Puerto Rican cuisine in this neighborhood due to its cultural influence.

Frank’s Market is a local favorite for gourmet foodstuffs and takeout dishes. For nightlife, Apt. 78 and Arka Lounge are terrific options if you’re donned in party clothes and appreciate ‘90s hip-hop music.

The neighborhood was the setting for the Tony Award-winning musical “In the Heights,” which played on Broadway from 2008 to 2011.

Subway options are good in Washington Heights. The one train stops at 168th, as well as 181st and Saint Nicholas Avenue. The A train runs express until it reaches 168th Street, where it begins to stop locally, also making stops at 175th and 181st in the neighborhood. The C stops here too, with the exception of late nights. Typically, commuters can make it to Midtown Manhattan in less than 30 minutes. 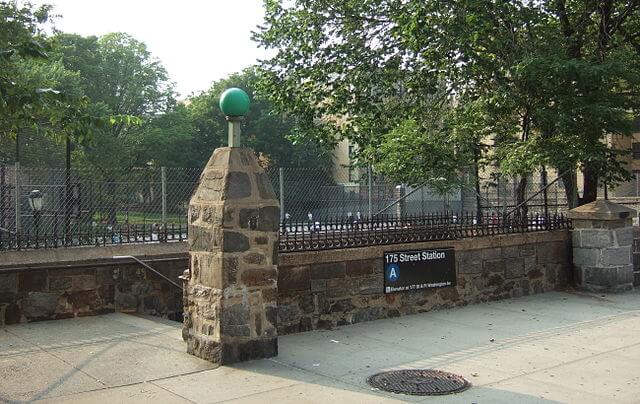