New York is an ever-evolving place – always moving, always changing. To say what is hip in New York is asking for controversy. Does hip mean trendy? Does hip mean cool? Or is it this indefinable thing that you know when you cross its path?

To be hip is to be moving, growing, and evolving. It’s not a static word. Hip does not stand still; it is not carved in stone. What is hip may not always be so. To be hip is to be in the moment, to be felt more than seen. Hip is not a place, but a state of being.

That being said, here are five of the hippest neighborhoods in New York. 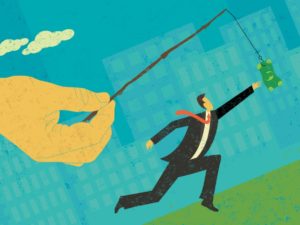 Just to the west of the Theater District and south of Central Park, Hell’s Kitchen is a place for New Yorkers to get away from tourist traps and sightseers. The name itself evokes a sort of standoffishness. Hell’s Kitchen is a neighborhood where New York can be itself. Explore its dive bars and fantastic restaurants or use it as a centrally located springboard to the rest of Manhattan. While growth and change are inevitable throughout the city, Hell’s Kitchen is still quintessential New York hip.

The West Village derives its hip status largely from the celebrities that choose to call it home. Annie Leibovitz, Courtney Love, Hugh Jackman, and Calvin Klein all live in the West Village. It’s stylish, feels European, and is most definitely hip. With high-end boutiques and restaurants, West Village hip comes with a price tag. It is deceptively quaint and surprisingly bustling. 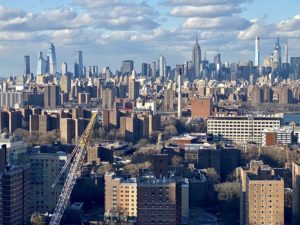 The boundaries of what is hip in Brooklyn are perpetually pushing outward. The same hipsters that fled Manhattan for Brooklyn 10 years ago are now skipping out of Williamsburg for Bushwick. And where young artists flock, the rest of the city seems to follow.

With its galleries, bodegas, and dive bars, Bushwick is on the cutting edge of hip. If secret loft parties in a neighborhood that still retains a bit of its grit is the true definition of hip, then Bushwick has it all. But what has come to pass will surely happen again, so catch the magic of what it means to be hip before it moves on to new neighborhoods, new ideas, and a new state of mind.