Everyone dreams of making New York home, but not many can foot the costs of living. With $15 hamburgers and $200-per month gym memberships, the city’s reputation for being one of the most expensive in the world; is well deserved. The income taxes alone are some of the highest in the country at between 7% and 12%. And that’s before we even get to the costs of keeping a roof over your head. Taking everything into account, the cost of living in NYC is at least 68.8% higher than the national average. If you live in central Manhattan, it’s even worse with the cost of living more than double the national average.

If you’re thinking of making a move to NYC, then it helps to know what you’re getting into fully. Here’s the data on what it costs for housing, food, transportation, and other living expenses in the Big Apple.

As everyone who’s lived there knows, the rent is way too high. Showing no signs of abating either; in fact, it’s going up. In 2017, the median annual asking rent in Manhattan was a crushing $3,150, and in Brooklyn, it was $2,500. Things are a little more affordable in Queens, but not by much.

Rental prices will vary widely across the city and change from one neighborhood to the next. The U.S. census defines “affordable” as any household with a rent-to-income ratio of 30% or lower. Meaning that if you’re paying 30% or less of your income on rent, you’re doing pretty well. Most renter’s in New York Cory are running close to 50%. 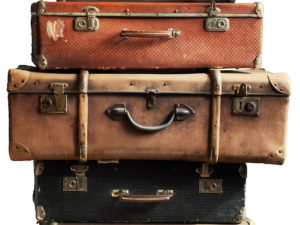 Rents may be crazy, but when you start looking at house prices, you start to see why most people rent. In 2017, the median home price in Manhattan was $1,567,000. For Brooklyn and Queens, it was $920,000 and $629,000, respectively. Just like rentals, these are also going through a price surge, which could put them further out of reach in the years to come.

But with the present buyer’s market in the city, it is possible that you could get a low-ball offer accepted. Also, like rentals, prices will vary widely from each borough and neighborhood to another, so do some shopping and asking around to see what’s on offer.

When considering whether to buy or rent in NYC, it’s essential to think long-term and costs of living associated. At a certain point, it’s more economical to buy rather than rent. Recent market data found that this tipping point is 5.6 years. If you’re moving to NYC for a long-term job, then try to see yourself five years from now.

Think about how your needs might change and whether any place you’re interested in will meet those. Mortgage payments will be less than your rent, so if you have enough to cover the down payment on a home, it’s well worth considering the buying option.

After housing comes transportation as the next most expensive cost of living in NYC. Most New Yorkers don’t have cars, and it’s easy to understand why. Traffic jams aside, the cost of annual auto insurance rates often exceeds $4,000, well above the national average.

Parking spaces are almost like a piece of real estate, with the average parking rate in downtown Manhattan being $533 a month. It’s a bit cheaper in other parts of the city like Brooklyn and Queens, but you’ll still be shelling out a few hundred dollars each month. Let’s not forget gas either, which is often 5-10% higher than the national average.

The subway is the preferred mode of transport in the city, which can quickly get you just about anywhere. But that convenience comes at a high cost with a single ride costing $2.75 a ticket and an unlimited monthly pass costing $121. Almost double the national average of $67. It’s the same when it comes to using Uber or hailing a cab.

Uber rates along within NYC are the highest in the whole country and the seventh highest in the entire world. The one advantage for New Yorkers when it comes to transportation costs is that most people don’t have a car. The expense of it is too high, and the city’s excellent public transport makes it unnecessary. No need to worry about gas, insurance, and parking when making up your monthly budget.

So far, it’s looking like everything in the city costs double the national average. Sorry to say it, but it’s the same for food. The cost of a trip to the grocery store is 28-39% higher than the national average. To take an example, if you spend $200 a month on groceries living somewhere else in the country, you’ll pay $260 in NYC for the same amount.

For dining out, it’s even worse with the average cost for a meal being $48. The survey by Zagat found which is slightly above the national average of $36. All that said, NYC has such an abundance of food options, and with such competition, you can probably do a lot better than that.

After covering costs for all the essentials, you’ll want to enjoy yourself on the weekend. Well, surprise, it’s above the national average. The cost of a movie ticket is about $14, the national average being $10. You can take heart, though, with knowing that the price varies a bit depending on location and theater company. Broadway tickets are also on the rise, with theatergoers paying an average of $103.88 this season. Which is an increase of 5.5%? As this 2007-2018 chart shows, that can only be expected to climb higher.

One benefit New Yorkers can take, though, is the abundance of free events available all year. The cities many parks almost always have something going on. Many museums also do free entertainment, and if you’re a student, you can expect some attractive discounts.

NYC is undoubtedly an expensive city to call home, but all the same, it’s still one of the most desired cities in the world to live. You might pay quite a bit more than living elsewhere, but you won’t find the same level of excitement and opportunities as you would here. There are still plenty of free things to see and do in the city, and if you’re a student, a bit of planning can help you get settled. 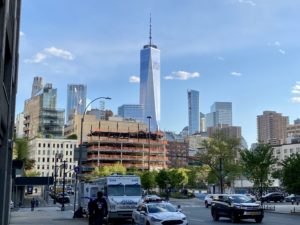 When living in New York City, money has a way of flying out of your pockets and disappearing into the Big Apple abyss. Yes, you’ll deal with those expected extras such as late-night cab rides and be sending your laundry out, and you’ll end up splurging on activities like Broadway shows or regular visits to the Whitney Museum. But what about those costs of the listing you never knew about at all?

No matter the size of your bank account, staying on a budget when living in New York is essential to survive over the long haul. Aside from the regular monthly expenses such as housing, food, public transit, and entertainment, life in New York brings hidden costs that everyone should be aware of before they make a move to the city that never sleeps. Here are seven expenses you might not have heard about if you’re a non-New Yorker.

If you decide to buy an apartment rather than rent one, you need to know about flip taxes. You won’t have to worry about paying a dime when you buy, but if you go to sell a co-op apartment, more than likely, you’ll have to pay in the range of 1 to 3% of the selling price back to the co-op. That’s a significant chunk of change deducted from your profit.

To secure a rental apartment, you’ll probably need to pay the broker fee or 15 percent of a year’s rent. (Fees tend to be lower if you rent an apartment outside Manhattan.) Although you might be able to find a no-fee apartment if you have the time and energy, the rent is often higher than it would be if you’d paid the broker fee. Either way, you’ll pay, whether the cash comes out of your pocket upfront or monthly.

On average, New York State income taxes are 90% higher than other states. According to the Fiscal Times, New York takes the top spot for income taxes. In addition to paying high state taxes, you’ll also be hit with a city tax.

If you’re not bringing a car when you relocate to NYC, you’ll inevitably rent vehicles as needed. Although less costly than owning a car, rentals in the city don’t come cheap either and often need to be booked far in advance for busy weekends and holidays. Expect to pay $100-$150 per day in the off-season. Rental cars often sell out during the summer months or can be nearly impossible to find.

If you decide to bring a vehicle to the city, parking isn’t available in every neighborhood, especially if you settle in Manhattan. Most likely, you’ll need to park in a public lot, so expect parking fees in the range of $300 to $600 per month and higher, mainly if you want covered parking and 24-hour access to your car.

With owning a co-op comes maintenance fees that you’ll pay every month on top of your mortgage. These fees cover taxes, staff salaries, and general upkeep of the building. If you choose a condo, expect to pay both standard common charges and taxes in addition to your monthly note.

Whether you rent or own, although not mandatory, tipping doorman, supers, porters, and the like, is customary and expected. If you reside in a big building with a substantial staff, these annual tips can run hundreds of dollars, if not more. It is best to budget for end-of-year tipping at the start of each year, so you do not have to come up with a large amount of cash at Christmas, which is a costly season on its own.