New York has played a leading role in film and television for as long as I can remember. From sitcoms to RomComs, and action-adventure to suspense, the Big Apple acts as a fabulous backdrop. When you read these 12 famous NYC addresses, you’ll more than likely remember the characters and stories that go along with them.

Recognized as an excellent example of Beaux-Arts architecture, this iconic Upper West Side historic condo building is the setting for the 1992 horror film Single White Female starring Bridget Fonda and Jennifer Jason Leigh. The Ansonia was also the setting for the short-lived series 666 Park Avenue.

Carrie Bradshaw’s apartment in Sex and the City is supposed to be on the Upper East Side, but her studio’s real address is in Manhattan’s West Village. If only every writer could afford an apartment as spacious as this

This address made history in the Audrey Hepburn classic Breakfast at Tiffany’s. Her character Holly Golightly shares the walk-up with an adorable feline, which she refers to as “Cat, a no-name slob.”

Peter Parker’s home in The Amazing Spider-Man 2 is located in the Windsor Terrace Neighborhood. The modest four-bedroom, two-bath townhouse with approximately 1450 square feet sold for more than $1 million in 2009.

Rosemary’s Baby was filmed in the historical and haunting apartment building, which is a hop, skip and jump from Central Park. The legendary 1884 co-op offers large units with high ceilings and expansive park views. Also, Dakota is recognizable because the late John Lennon lived here.

The prestigious Fifth Avenue address is most remembered for the hilarious First Wives Club “going down” scene when Goldie Hawn, Bette Midler, and Diane Keaton descend from the building on a window washer’s lift. Somehow, the raucous trio manages to escape unscathed, and the hysteria continues. 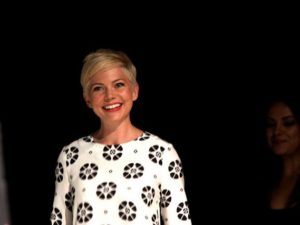 Played by actress Met Ryan, sweet character Kathleen Kelly lives in the feminine, classic brownstone flat, in You’ve Got Mail. Love interest Joe Fox (Tom Hanks) visits while she’s ailing with a cold, and eventually woos the young writer even though his family-owned bookstore is responsible for the demise of her indie ‘Shop Around the Corner.’

This lovely Brooklyn townhome is the pad of Kate Armstrong (Catherine Zeta-Jones), a chef who inherits her niece Zoe, (a young Abigail Breslin) in the film No Reservations. Aaron Eckhart plays her rival and the film’s love interest simultaneously, and the two share a few charismatic scenes at the Montague address.

One of the most charming streets in the neighborhood, this is the home of Winnie Gekko, (Carrie Mulligan) daughter of finance shark Gordon Gekko (Michael Douglas) in Wall Street: Money Never Sleeps. Built-in 1899, according to Trulia.com, the three-unit building last sold for $2.7 million in 1999.

Everyone remembers the façade shot of Monica’s New York City apartment in the cult classic Friends, which aired for ten seasons. Monica inherited the digs from grandma, which in real-life New York would be the only way a chef and her roommate could afford to live in a sprawling apartment in the Village.