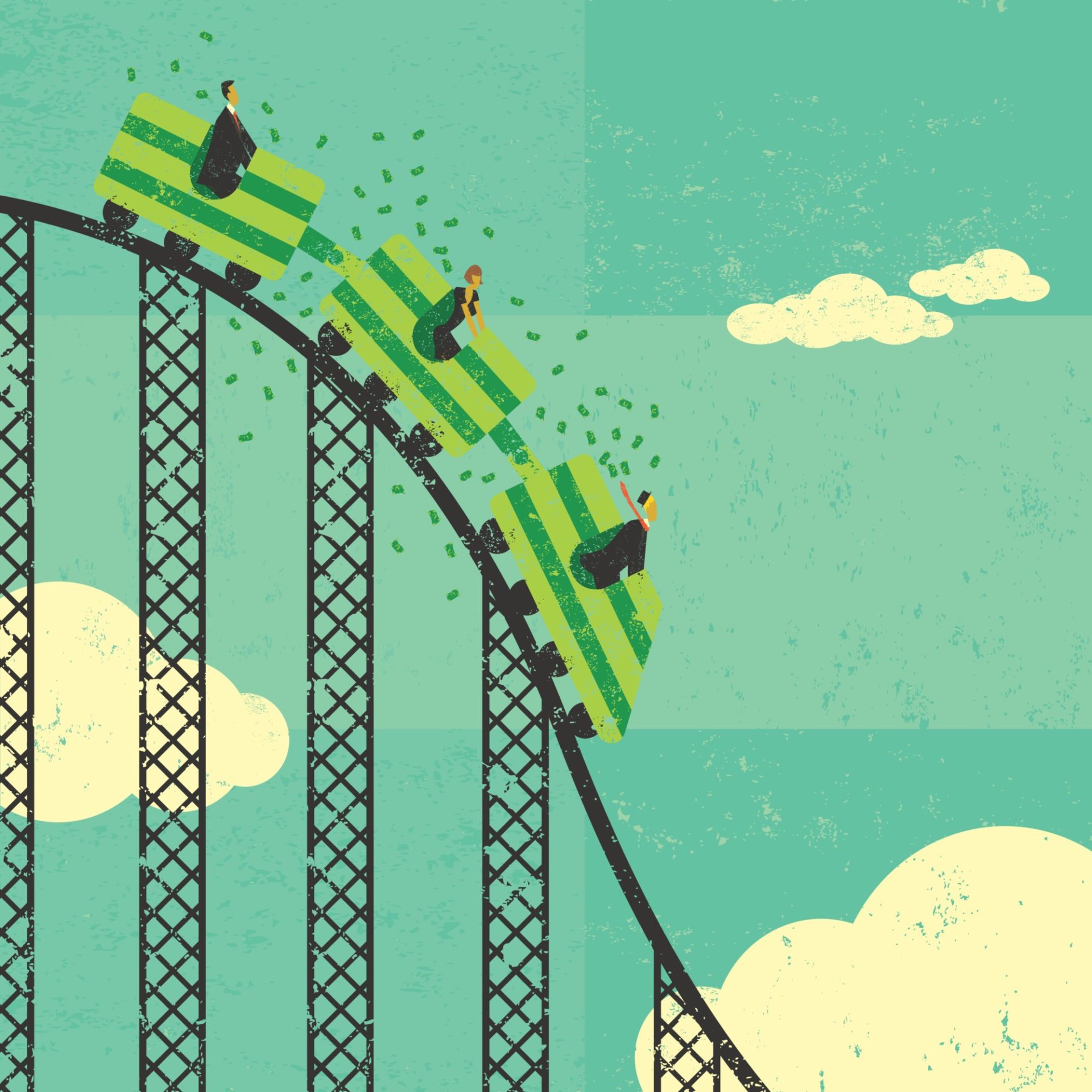 How To Recognize a Real Estate Bubble

Housing bubble – This cataclysmic time saw the U.S. housing market collapse, the unemployment rates doubled, and millions of Americans lost their homes. Ten years ago, one term dominated the headlines. Of course, things have recovered since then, but it left an entire generation highly skeptical of real estate as an investment. As a result, many homeowners now, especially those living in limited inventory like NYC, are nervous about when the next housing bubble will strike. While there’s no definitive way of predicting when a housing bubble will hit, there are some indicators that homeowners and investors can follow to determine if one is likely.

A bubble is when there’s a sudden escalation in the price of an asset when there’s massive demand or speculation. It is then followed by a sudden drop when it is, discovered that prices are far divorced from the underlying fair value of the asset. They can form in economies, securities, stock markets, and business sectors due to a change in investor behavior. One example is the dot-com boom in the late 90s and early 2000s.

At this time, many people started buying up technology companies at extremely high valuations. The belief being that the technology sector was about to outperform and that these companies could then be quickly sold off for huge profits. As a result, massive speculation drove the stock prices in these companies to unsustainable heights. But the problem was that many of these companies were little more than startups that hadn’t yet turned a profit. Reality set in after a peak in 2000, and their stocks came crashing down to level low prices. As often happens in equity and economy bubbles, recourses started being transferred quickly to other sectors after the crash. In the wake of the dot-com collapse, that sector they moved to was real estate, which began to see a big rise in prices as a result.

Like other bubbles, a housing bubble usually starts with an increase in demand in the face of limited supply, which takes some time to increase. Prices start to sore, and speculators enter the market looking to turn a profit, which drives up demand even further. Eventually, the market begins to correct itself as higher prices drive down demand or supply outpaces demand through new construction. Buyers suddenly realize that the price increases are unsustainable, and there’s a huge rush to unload them before it’s too late. The bubble pops, and prices take a massive nosedive.

This is what happened in 2008 and was partially caused by the dot-com fiasco. In the six years between the ending of the dot-com bust and 2008, there was a massive rush in real estate. Demand skyrocketed, interest levels fell, and many strict lending requirements were thrown out the window. It’s estimated that about 56% of home purchases at this time were by people who, under normal circumstances, would never have qualified for a mortgage. It is adjustable-rate with low initial rates that were scheduled for a reset in 3-5 years.

Near the end, the stock market began to rebound, and interest rates started to rise slowly. With signs of a slowing economy ahead, the adjustable-rate mortgages began to reset at higher levels in 2007. Investors started to pull out. Once it became clear that home values could go down, there was a huge drop in home prices. This created a knock-on effect on other sectors that lead to the tragicomedy of the Great Recession.

You might think of it as being like those old Loony Tunes episodes. The Coyote runs over the cliff but stays in mid-air. It’s when he looks down and sees there’s nothing below that he falls.

Real estate bubbles tend to be less frequent than equity or stock market bubbles. But as seen above, they can happen as a result of an equity bubble. On average, they happen once every 13 years but can last longer than the average 2.5 years that stock market bubbles last. Moreover, as the Great Recession showed, housing bubbles don’t just affect the housing industry. They can affect people of all classes, neighborhoods, and the economy as a whole. To help protect your assets, here are some tell-tale signs of a housing bubble.

As was learned in 2008, lending to just about anyone is a bad policy. Subprime lending (lending to anyone with a pulse) was the main culprit in the crash and the countless foreclosures that followed. If you hear about many people getting mortgages that they shouldn’t and effectively can’t pay, then be wary. The good news is that things have improved since 2008. Subprime mortgages are still around, but the criteria for getting a loan are a lot more stringent. Applicants now have to sign a document acknowledging that they can be indicted for fraud if they submit a fudged tax return.

Buying a home with a mortgage means using leverage – the lender’s money – to do it. The less your down payment is, the more the leverage is. When the market has a lot of leverage, that’s a good indication of a housing bubble. Many people in the early 2000s bought homes with little money down. Once home values started to drop, they were left with a home worth less than the mortgage, leading to foreclosure. Keep an eye on average down payments on homes. If they’re decreasing, then that’s not a good sign.

A low interest rate entices most people to buy a home. But once rates rise, people have less buying power; thus, you’ll suddenly see a significant drop in demand. Keep an eye on average interest rates. If they rise by as much as 1%, then that’s a good indication that a market correction could be becoming.

Just as a rising interest rate puts off buyers, so does rising home prices that aren’t matched by increasing income. No buyer in their right mind will buy a home when their purchasing power is falling. As such, this means a fall in demand for housing, and the proverbial bubble was eventually going ‘pop.’ Look into mean income and employment levels in your local market. If local home prices exceed people’s ability to pay for them, things are probably heading into resistance. The important thing, though, is to check what the banks are doing. If credit conditions are tight, then you won’t have runaway price inflation.

This is a difficult one to pin down. But if you can find it, then that’s a good indication that the market is in a bubble. Keep an eye out for properties bought, renovated, and put back on the market within short periods. You can also check the reports from the real estate section of your local newspaper, which will highlight trends in real estate. Talking with real estate agents and mortgage lenders will also help garner whether this is the case. Finally, check that a rising median income increase justifies any rise in home prices. If that’s not the case and you still see many sales, that indicates that a housing bubble is about to burst.

The most critical takeaway point to grasp from housing bubbles is that you shouldn’t borrow more money than your comfort. A home purchase is a significant investment, and there is no guarantee that it will appreciate it. However, NYC has proven to be a very resilient market and recovered reasonably quickly from the crash. At present, home prices have started to drop due to the current buyer’s market, but that drop is nothing like you would see if a housing bubble had burst.

No matter where you buy, the most important thing is that you hire a reputable real estate agent that you can trust. Just as important is that you find a lender who won’t pressure you into borrowing more money than you can afford to pay back. Housing bubbles are hard to predict; stay abreast of what’s happening in the real estate and mortgage market; you could get an early warning of what’s coming. 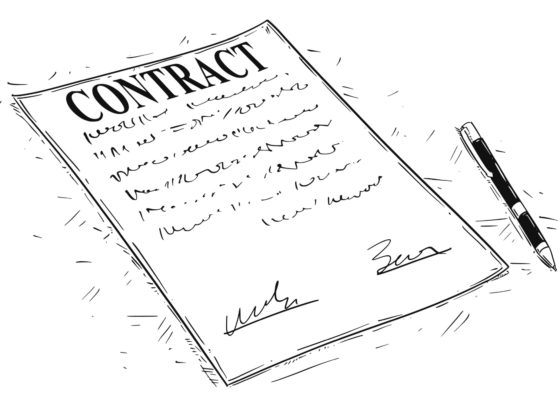 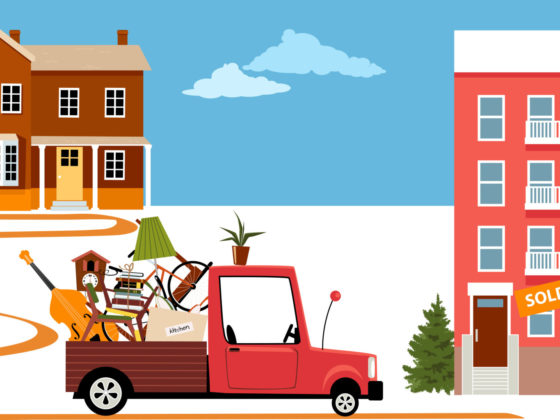