Anyone paying attention to the real estate market will know that the dreaded word ‘recession’ has recently been rearing its ugly head. New York prices have been steadily declining for the past two years. There is now a palpable feeling that another recession isn’t far away. Most people still remember the last crisis a decade ago when the housing market collapsed and took the whole economy. Many New Yorkers will ask themselves what will happen to property prices and rents if the current downturn becomes a full-blown recession. Let’s look at the current predictions for the market and what you can do to prepare for the future.

Let’s get the worst news out of the way first; a recession is coming. It’s not a question of if but when. The more pessimistic economists say it could happen as early as the first quarter of 2020, while the more optimistic put it off to some time in 2021. Predicting when exactly it will strike is extremely difficult, but all the indications show that a recession is on the horizon. These indications are:

The thing to understand about our economy is that it operates in cycles. There are periods of downturns, followed by recovery, expansion, oversupply, and downturns when the cycle starts. Data from the past 165 years show that expansion phases have never lasted more than ten years, except for this one. We’ve just passed the 10-year mark when we started recovering from the Great Recession, and many economists feel we’re due for a reset.

Bonds are the backbone of the financial system, and there are solid reasons for believing it’s in a bubble. Seventeen trillion reasons, to be exact. That’s the dollar amount for how many negative-yielding bonds are in the market now. If the bubble pops, the Fed will likely prop it up by injecting it with cash. But how much they can do this before the U.S. dollar devalues is an open question. Even if it doesn’t pop, there’s still the matter of the inverted yield curve, which happened earlier this year. This is when long-term rates for U.S. government bonds fall below short-term rates. A high indicator that weaker economic times lie ahead. The situation is unlikely to improve unless interest rates rise. 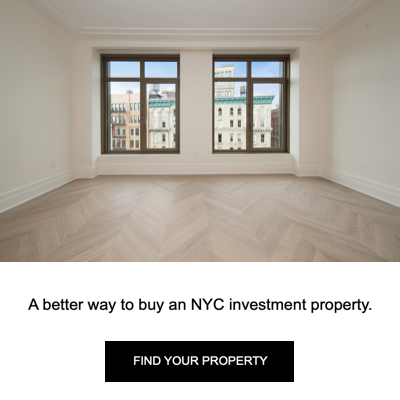 The current trade war with China, slow manufacturing production, and declining mortgage originations led to the Federal Reserve continuing to lower interest rates to encourage market growth. However, this is only delaying the inevitable. The federal funds rate is currently 1.5% to 1.75% after a quarter of a percentage point was cut on Oct 30, 2019. It means rising affordability but also bad news for the bond market.

Subprime mortgages, the prime culprit of the 2008 crash, have made a slow comeback. While they may no longer be called subprime mortgages, this lending method is still practiced. The Dodd-Frank Act and Consumer Protection Act work as stopgaps against any repeat of 2008, but the risks have steadily risen over the last few years. If a significant recession comes, it will be exacerbated by the subprime loan market.

While the last recession was bad enough to give PTSD to those affected, there are good reasons for believing this one won’t be as bad. An important thing to understand about what happened in 2008 is that property prices didn’t drop because of the recession. Instead, it was the housing market collapse that caused the recession. This time, the situation is different, and the housing market isn’t the leading force it was during the subprime crisis. Various factors are driving this coming recession, and the expectation is that while there will be a slowdown and layoffs, there won’t be massive drops in property prices or a flood of foreclosures like we saw last time.

Prices have been steadily falling in NYC’s residential market since 2016; there is a strong feeling that this slow grind will continue. However, there’s also a feeling that it can’t keep up for much longer. Market conditions are clearly in favor of buyers right now. But curiously enough, very few are taking the bait. This may be because they’re holding out for steeper price falls or are afraid of another foreclosure crisis.

But foreclosures aren’t expected to be as much of a problem this time. Despite the slow comeback of subprime mortgages, they won’t have the same impact they did in 2008. Lending laws are now tighter, with only the most qualified buyers being approved for a mortgage. Homeowners today also have a record amount of equity in their homes, meaning that if they lose their job and can’t keep up with their mortgage payments, they’re more likely to put their property on the market rather than foreclosure. Additionally, since property values aren’t expected to fall this time, fewer properties will find themselves underwater on their mortgage.

If you’re holding out for steeper price cuts, you could miss a golden opportunity to buy now. NYC’s co-op inventory plays a vital role in cushioning any recession, comprising about three-quarters of the residential market. Because of their strict requirements for buyers to have plenty of post-closing liquidity, they can usually ride out any recession. It helps to flatten out the market to see any significant corrections as you would in the stock market.

If you make a purchase, make sure you have cash reserves left over and buy a quality property in a good location. An intelligent purchase made at the right time can weather any storm. Understand also that recessions are always coming. Recessions don’t last forever, and if you can keep up with your monthly payments, you’re likely to fare well post-recession. If you allow recession fears to paralyze your decision-making, you’ll never make it as an investor or get that dream home. Investors who already have some properties should focus on building a portfolio that can survive a recession. If you’re over-leveraged, eliminate some debt to achieve a more secure leverage ratio. It would help if you also aimed to build up your cash reserves.

In the real estate game, the long-termers always make the most gains. In any downturn, the sellers are usually the last to know or acknowledge it. The case right now, as many sellers are still refusing to drop their prices. The way things look now, those who can hold onto their properties until the recession comes and passes would be wise to do so. If you have to sell, hire a qualified listing agent who can actively promote your property and find you a buyer. It may also be worth hiring a professional staging company to prepare your listing for an open house.

The majority of New Yorkers are renters, and any recession is sure to affect them as well. The current uncertainty in the market means many people who could buy are choosing to wait and keep renting for now. It makes an already competitive rental market even more competitive, which puts landlords in a good position since they don’t have to offer as many concessions. But when the recession does arrive, and fewer people can afford high prices, we’re likely to see more landlords provide concessions. Most of them did that last time, and we expect to see it again. Renters can try taking advantage of this to improve their rental circumstances.

It’s impossible to know when the recession will strike or how severe it will be. Most predictions say it’s not far off and won’t be too bad; even clever predictions are still just predictions. It’s up to you as a homebuyer, seller, or investor to conduct your due diligence and come to your conclusions. The more prepared you are, the better you can weather the storm. 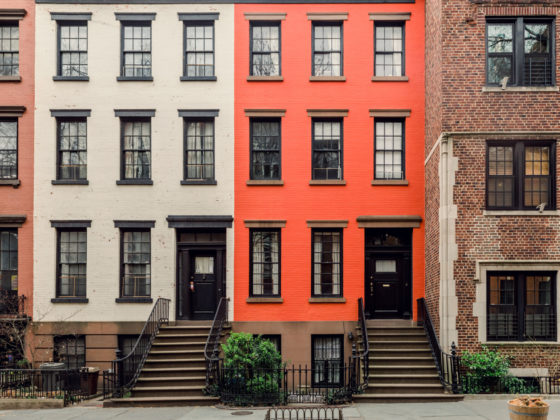 View Post
Should I Buy and Live in a Multi-Unit Building?

Should I Buy and Live in a Multi-Unit Building? 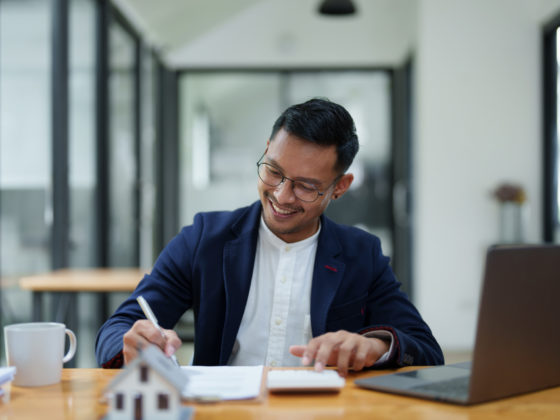 A Guide to Tax Benefits for Investment Properties in NYC 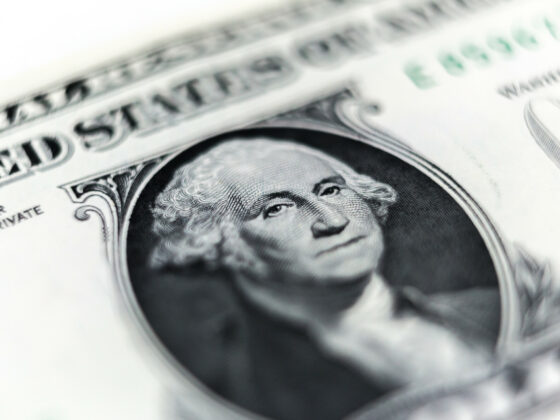 How to Defer Capital Gains Through a 1031 Tax Exchange 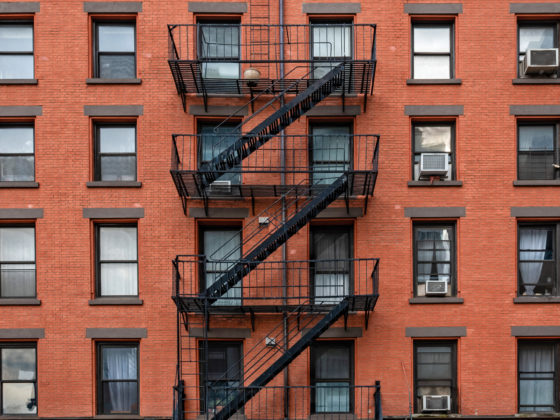 View Post
How to Buy an Apartment Building Complex in NYC

How to Buy an Apartment Building Complex in NYC 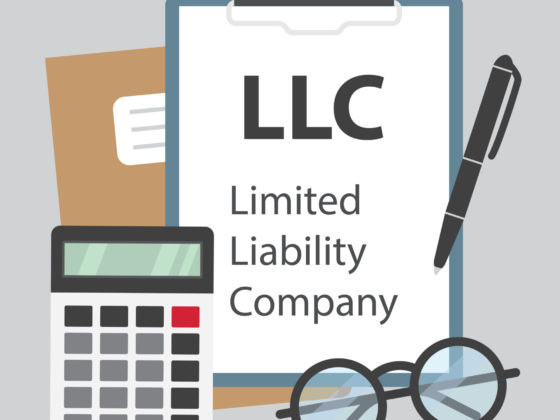 Why You Should Consider an LLC for Your Rental Property 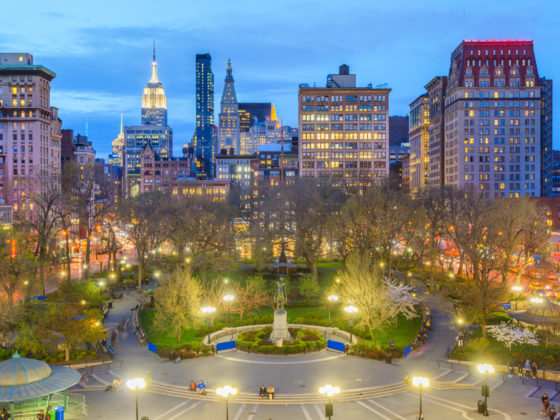 View Post
Time to Buy an Investment Property in NYC?

Time to Buy an Investment Property in NYC?