As the entertainment capital of Los Angeles, New York City has long been recognized as a town filled with famous faces. Not only have hundreds of public figures and multi-talented people been born in the Big Apple, but many continue to live in NYC because they’re able to blend in and live side by side with other New Yorkers.

From writers, television, and film stars to musical legends, countless celebrities choose to call NYC home, and this twenty-four is some of our favorites.

This hilarious comedian/actor and star of Seinfeld has lived in a city that never sleeps for years. Although the comedian’s hit sitcom was about everything in New York, much of it wasn’t filmed in the city but rather in a Los Angeles studio. Still, the show will go down as one of the funniest of all time, and of course, the Brooklyn native still resides in NYC with his family.

No, she’s not Carrie Bradshaw, but she does live the New York life with hubby Matthew Broderick and their three children. Parker has made it clear that she loves the city and being a New Yorker, so it’s no surprise that she has continued to hang her hat in the West Village.

Born and raised in NYC, Wilde recently leaped to Manhattan to live in Brooklyn. The House star shares a home with actor Jason Sudeikis and their son Otis (and soon-to-be-born baby number two) in the beautiful Clinton Hill neighborhood.

The Saturday Night Live star lives on West End Avenue with her husband and children. Known most recently for creating Unbreakable Kimmy Schmidt, the Upper Darby native and sketch comedy queen continues to make us all laugh through her writing, acting, and directing.

As one of the TriBeCa Film Festival founders, De Niro was a driving force in Lower Manhattan’s revitalization after 9/11. We know him most for his iconic roles in films like Taxi Driver, Raging Bull, and The Godfather Part II, for which he won an Oscar. The Greenwich Village native has become synonymous with NYC, loves the city and what it stands for, and will always be a New Yorker.

When the material girl isn’t jet-setting around the globe, she lives in Manhattan (on East 81st Street, to be exact). According to some of her neighbors, they rarely, if ever, grab a sighting of the legendary pop star, who built a gated triple-wide townhouse on the Upper East Side.

This British music man undoubtedly spends a fair amount of time in his homeland, but when he’s in the US, Trudie Styler and his wife share a penthouse facing Central Park.

Kevin Bacon might have been born in Philly, an accomplished actor and musician, but he is a New Yorker. He’s lived on the Upper West Side since 1976. He owns a co-op with his wife, Kyra Sedgwick, and can occasionally be spotted in the neighborhood.

Many celebrities have lived in Taylor Swift’s building at 155 Franklin Street in TriBeCa, so the property boasts a certain star power amount. Now that the singing style icon owns a penthouse there, her famous friends have a cool spot to chill out and shake it off.

Actor Jake Gyllenhaal has been a New Yorker for the better part of his adult life. While he started his time in New York uptown, he’s since migrated down to Tribeca, attending Columbia. Last June, he moved into 443 Greenwich Street, a “paparazzi-proof” celebrity haven that Meg Ryan, Jessica Biel, and Justin Timberlake also call home.

Like Gyllenhaal, former boy bander Justin Timberlake has opted-in to the celebrity-studded 443 Greenwich street with his wife, Jessica Biel. Biel and Timberlake listed their SOHO penthouse for nearly $8 million this spring to favor much larger digs in Tribeca’s swanky converted factory building.

Though the Hunger Games star grew up in rural Kentucky, New York has a special significance for J-Law. Lawrence was spotted by a talent agent on New York streets when she was just 14, and the rest is history. Now, the actress lives a bi-coastal life, but she spends her time in a super private Tribeca apartment in the same building as Justin Timberlake and Jake Gyllenhaal when she’s in NYC.

The British heartthrob hopped across the pond years ago, but he was known to spend most of his time on the West Coast. That all changed last year, though, when Styles joined the long list of celebrities that call Tribeca home.

Born and raised on the Upper West Side, Lady Gaga is from New York. The singer spent her childhood taking music lessons in the city before bursting onto the local scene. Nowadays, she has a coveted address overlooking Central Park.

Johansson’s New York ties run deep. The actress was born in Manhattan and grew up taking acting classes in Greenwich Village and Union Square. She splits her time between Europe and New York these days, but she still considers herself a real New Yorker.

Originally from England, Watts has lived worldwide—Wales, Australia, Japan, LA—but New York City is where she chooses to hang her hat these days. Like many stars on this list, the Academy Award-nominated actress has an apartment in Tribeca, where she lives with her two children.

The star of Romeo and Juliet and Homeland is a born and bred New Yorker. Like most of the celebrities on this list, Danes has come and gone from New York over the years, but now she’s here to stay. The actress recently moved from a Soho loft to a gorgeous West Village townhouse with her husband Hugh Dancy and her family in tow.

Aussie actor and Wolverine star Hugh Jackman have been a New Yorker for decades. The West Village is his closest stomping ground, as the actor and his family occupy a triplex on Perry Street with stunning views over the Hudson.

Since her split from Tom Cruise, the Dawson’s Creek alum has called Chelsea home, renting out a penthouse apartment in the super central neighborhood with daughter Suri.

In 2009, the Academy Award-winning actress moved from L.A. and settled in Greenwich Village before buying an apartment in Chelsea’s Greek Revival townhouse. Though Stone now splits her time between New York and L.A., she’s famously fond of the Village’s lively streets and food scene.

Daniel Craig, the latest and most intimidating version of James Bond, was born in Chester, England. Still, today he calls SoHo home (actually, he probably has several places to call home, considering that he was paid about $52 million for his role in “Skyfall”).

Those who live in SoHo might catch sight of him jogging, running errands, or going to one of the area’s more exceptional restaurants. He also seems like the guy who enjoys chowing down on an essential meal of hamburgers and fries, so residents should keep their eyes open even when they stop by the neighborhood diner.

Everyone knows that Jon Bon Jovi comes from New Jersey. If you’re a talented musician who has written some of rock’s most potent ballads, you need a place to stay when visiting New York City.

Plus, Jon gets occasional acting gigs, so he needs a home base to talk to his manager and meet other actors easily. Subsequently, NYC is the perfect place to live for this down-to-earth guy. You might catch Jon, his wife, and their four kids walking around the neighborhood like it’s not a big deal with some luck.

Dakota Fanning, the Georgia-born actor, has been spotted around the SoHo area enough that locals accept her as one of their own.

Fanning has a more successful career than most famous actors in New York. She got one of her first gigs on “ER” in 2000. She has since performed in scores of TV shows and movies, and today most people know Fanning from “The Twilight Saga,” but her work transcends the genre. Today, her IMDB profile lists more than 50 acting credits to her name.

SoHo residents with a lot of luck might see Dakota Fanning walking down the sidewalk with her younger sister Elle, building her impressive resume.

Imagine spotting these celebrities on your way to the subway station. It seems like a pretty good way to start the day.

If you already live in New York City, you probably know about other celebrities who live in Manhattan or Brooklyn. Whom do you spot regularly? Do you feel like they make the neighborhood a better place to live?

View Post
The Future of Technology in Real Estate

The Future of Technology in Real Estate 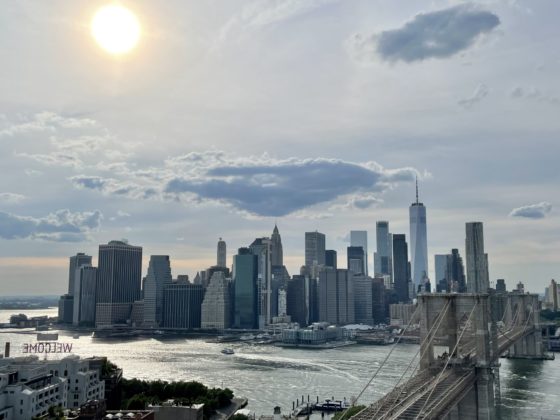 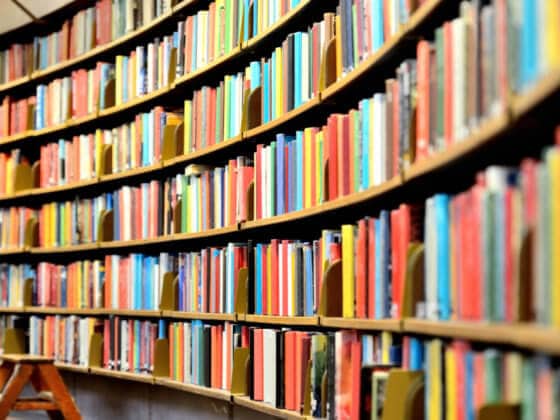 5 Books Every Homeowner Should Read