Hi! Welcome to New York. We do hope you enjoy your stay. While you’re here, we suggest you try out all our great restaurants, and maybe even a show on Broadway. And make sure you at least check out Brooklyn, not just Manhattan–there are, you know, five boroughs in this city. Do you know what you shouldn’t do? A lot of things.

So take your plugs or whatever out of your ears and focus for a second. Honestly, we’re happy to have you, but as sure as your tone-deaf uncle is going to ruin Thanksgiving, you’re probably going to do something to get on our nerves. We get it; you’re new here. So here are a few tips from us to you on how not to piss off a New Yorker.

Don’t Be a Menace on the Subway

The New York subway system is how almost every New Yorker gets from point A to point B. You’re new to it so that we can expect a bit of a learning curve. There are rules, however. Break them, and you might find yourself in the middle of a light show while dancing on the third rail. Have your MetroCard ready before you reach the turnstile! Nobody wants to wait for you while you shuffle through your purse, searching for the darn thing.

Do not board a subway car until everyone else has gotten off! We know you’re eager to get to where you’re going, but the train’s not moving, and you’re causing a traffic jam. Also, take off your damn backpack! Do you realize how many people you’ve already whacked with that thing? We know you need a place to hold your water bottle, miniature Empire State Building statue, and all those postcards you’re never going to mail, but you’re going to hurt someone. 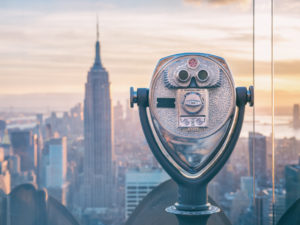 New York is, well, new to you. Understandably, you want to take in all the sights. The buildings are tall and majestic, and you want to see everything. But when you’re walking down a crowded New York street, look straight ahead! Walking in New York is an art form. When you’re focused on where you’re going, it not only alerts you to things in your way, it also telegraphs to other people where you’re going.

Stop walking the streets like you’re praying to the almighty that you don’t get mugged. If you’re texting, taking a picture, or playing Angry Birds on your phone, step out of the flow of traffic. And do not stop! Do not stop in the middle of a busy sidewalk for anything. Unless you’re bleeding, keep moving or get the hell out of our way.

Do Not Compare New York to Anything

Yes, your apartment is probably more significant. You may think your city is cleaner. No, we don’t have alleys. Yes, we put our trash out front. No, your local bread shop does not make a better bagel. Your team may have won the World Series. Your hometown may be warmer. Wherever you come from, maybe cool, fun, or unique.

But it is not New York! 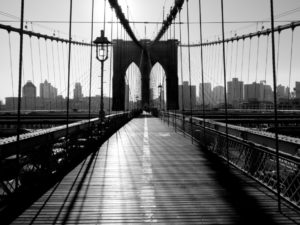